Welcome to this guide of Blitz: Rise of Heroes where I will show the Best heroes and Team. I am going to share some insight on Heroes that are decent with defence and well as offence.

This will help you form the ultimate battle squad in this game. Special thanks to my partner Zoid who has shared with me all his valuable insights related to this game

This helped me inculcate this guide. So tarry not, dive right into it and let me know at the end how you liked it. 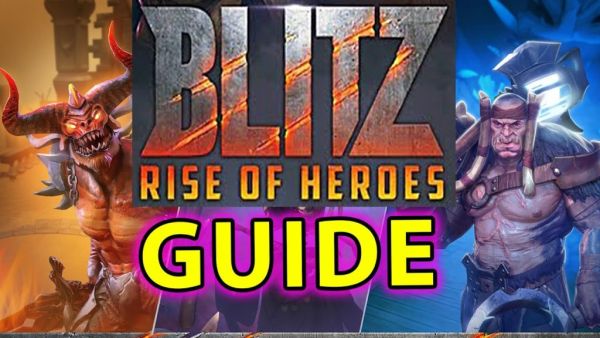 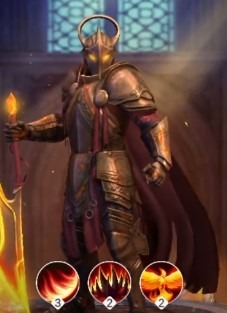 In my opinion, the best hero in the current meta is Tromgar. This is the best Tank that you can have in your team. This is not a legendary hero but he has more Defense Stats that any of the others!

Ideally max Tromgar out as soon as you can to gain a slight content advantage over the others. Equip him with decent equipment as well and watch him do work. Definitely a priority hero to keep in your team. 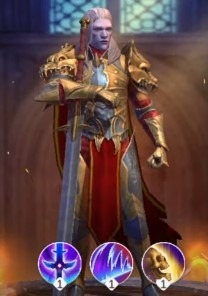 He is also epic which means he is easier to roll for than other legendries. He is especially knows for his Buff called “Deadly inspiration”. This will help you team a lot in getting through those tough stages. 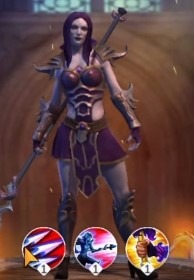 Her main skill involves reviving fallen allies. Surprisingly, a great support in such situations where you need one extra hero with you on the battlefield. This skill is also called “Endless battle”.

NOTE: I have not listed any Legendries because they are hard to roll for and not a lot of players would have all of them. Hence I tried to keep the list of best heroes within the “acquirable” range to suit the best!

Hero Elements and Their Role in Team Lineups

In the main screen next to the To Battle you have this icon. Tap it but read my next set of instructions before that.

So first off on the top as you will see in this campaign chapter you’re going to be on mission 1 of 20. Below that you have your character name and your total power.

For now for this group, let’s say you have 48k-50k. On the other side you can see who’s the next group that you’re going to tackle.

Let’s say you are going to tackle this six individuals group of 31k-35k. You can probably beat them easily but there’s one more thing that we need to take a look at and that’s the Elements.

Right so what are elements? It’s basically that each character has an element and you will see that heroes inflict additional damage to certain factions.

So blue takes green, green takes purple, purple text red, red takes blue and if you have yellow it goes over all of them.

Basically what this means is that suppose you see that the enemy has, one or two blue characters, two green characters, one red and one purple.

It just means that you are missing out on bonus damage. Basically, overall you need to have a good mix of characters. 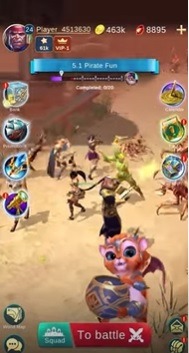 Hero Types and The Perfect Team

Now let’s see a couple of more things that are interesting. If you look at your characters, at the top right you’ll see an icon of a sword or of a crossbow. A crossbow means this is a ranged character and sword means this is a melee character.

And one more thing we need to understand is that, the layout basically tells you how your characters are going to be positioned.

You can move things around. So for example if you tap the level of your ranged hero you can actually move her around and place her in other places. But it’d be better to have her at the back because she’s a ranged character.

However if you know that the character has certain skills that you want to use and you know it’s better off if they’re closer, you could put a character in the front due to their skills.

By tapping a character you can remove it and then choose someone else and the game will automatically place a character in the empty position.

And yes, you can also empty all of your characters and just choose them again and the game will place them automatically.

It will try to put the ranged character at the back and melee characters at the front. 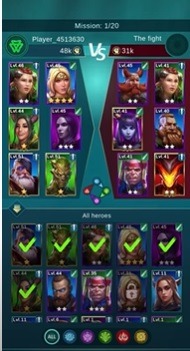 How To See The Factions While Choosing Heroes

One final thing that I want to show you in this guide. I said before that you are looking for a red character to go against those blue ones.

It may so happen that after looking at your characters you can’t find a red one. Maybe you have many heroes, maybe you overlooked it.

This is where the filter comes in, so you can look at the factions or the elements and you can tap the red one. Maybe you do have characters and maybe multiple of them.

You can remove one of the characters and put the right one instead.

Try to increase your overall power by adding higher level characters to your squad. This is how you should prepare and with that you can go into battle and have better chances of fighting them off.

Thanks for reading this guide/tutorial of Blitz: Rise of Heroes Best – Best heroes and lineups. Have fun and comment down your thoughts to let me know as well.

We also have a YouTube channel where I upload the latest gaming content for PC and Android. Feel free to check that out at your own leisure.

Got specific suggestions? You can submit them here. Thanks for reading!