CD Project Red’s most anticipated game yet, Cyberpunk 2077 has the release date set to November 19, 2020. Here’s the summary of what the game is about and what you missed from the last year’s E3 so that you can enjoy the unveiling without missing out on anything. The game has won over 100 awards for the trailer alone and has been named the most wanted game at the 36th golden joystick awards.

Cyberpunk is a first-person open-world RPG. The game is an adaptation of cyberpunk 2020 where you play 57 years later in the dystopian Night City. Players take the role of a mercenary named V, whose sex, hairstyle, face, body type, body modifications, skin tones, background, clothing can be fully customized. The game provides a seamless experience with no loading screens. 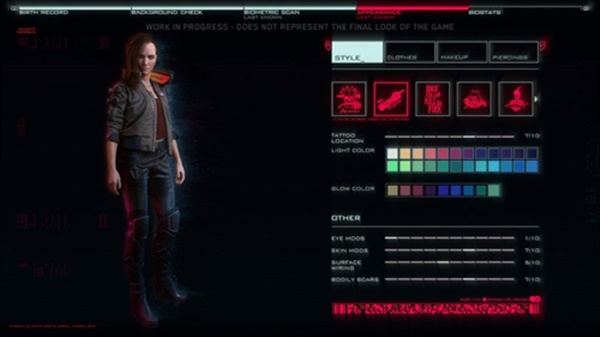 V can jump, double jump, slide, crouch, run on walls, take cover, aim, and fire. Equipping Mantis Blades enables V to use them as a melee weapon and a tool for climbing on walls. Upgrades can be purchased from black market merchants known as Ripperdocs in exchange for the in-game currency EuroDollars.

The game features melee and range weapons. There are three types of ranged weapons: Power, Tech, and Smart. These weapons are customizable. Players will have to go to the Gunsmiths to repair and upgrade their guns. Gunsmiths NPCs are located all over, in Night City. The game also features reflex boosters which temporarily allows players to use the Kereznikov Ability which boosts the reflexes of the player, a feature that has also been seen in the F.E.A.R franchise.

The world in Cyberpunk 2077

Night City will get picturesque details, and you can find them blistering with life thanks to their all-new crowd system. The game features dynamic weather and a full Day-Night cycle. The environment is interactive, where V will be able to buy a soda from a vending machine, order food from a vendor, interact with a product commercial, talk to people, use objects near him/her to create the cover, etc. Apartments are purchasable in Night City where players can rest, store or fetch weapons, change clothes, and bring back NPCs for explicit activities. From the demo, it can is evident that the walls in the game receive damage. It suggests that the game will have destructible environments.

Night city will have six districts: City center, Watson, Westbrook, Heywood, Pacifico, and Santo Domingo. The whole city is traversable on foot or a vehicle. The vehicles are customizable and the player can switch between the third-person or first-person view while driving. The game features autonomous vehicles that help the player to focus on the gunfight instead of driving.

CDPR has confirmed that they are going to release cyberpunk as a single-player game only. They have no intention of releasing the multiplayer versions of the game as of now.

The game is in development for more than 5 years now and will take some time more, for the final fit and finish of the game. Cyberpunk is the most expensive title by the developer till now, with the budgets exceeding their previous AAA title. The much-awaited demo is getting a good response from fans and critics. It showed everybody what they can expect from the game. This year the expectation is even higher, where everyone is curious to know about how much have they progressed with the game. Now it’s only a matter of days till we find out from the developers how far is the game away from its release.

That is all my friends!

Loves to keep himself updated with latest gaming and tech related news and a fitness enthusiast as well.