This guide gives you complete information regarding Data Drill and Combat Zones in Girl Café Gun. The Combat Zones are divided into 3 different categories. To learn more about this, read the full guide. This post will cover Data Drill along with Combat Zones of Efficiency, Output, and Survival. Each of these subheadings will contain their difficulty and the maximum score you can achieve in that mode. 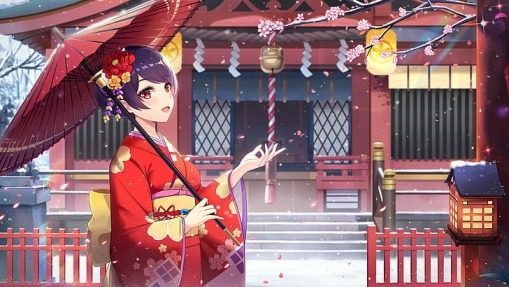 It creates 3 x 5 levels that are refreshed and opened every week at 4:00 Tuesday and close at 4:00 the next Monday. By achieving higher scores and coming first in percentages, you will be rewarded with Earth Coins, Crystalas as well as Drill Medal and Thank You! tokens that can be used to exchange important resources and some Character Cards.

Presently, there are three sections, and they are:

Let us now take a closer look at these Combat Zones.

In these five levels, you are required to pass using the shortest time available. If you fail to pass this level (all your members retreat), further levels will not be unlocked. The shorter time you take, the higher score you get.

In the near future, Efficiency levels will be of the following kinds:

The maximum score you can obtain is as follows (these scores are near impossible to get, as you could only reach them if you pass the level within less than a second.)

In these five levels, you are required to pass with the largest damage dealt to the BOSS. Please note that BOSS’ attacks would gradually become fiercer with time. Although you may be able to deal damage, the BOSS’ HP is so high that it is near impossible to eliminate it. If you fail to pass this level (all your members retreat), you will only be awarded minimum points for some survival time and further levels will not be unlocked.

In these five levels, you are required to pass with as much shield and HP as possible. You will be given a ‘Survival State’ and any loss of HP or shield would result in a reduction of this value. However, if you manage to restore your team members’ HP or team’s shield, the ‘Survival State’ lost for that part will be restored. Generally, you should dispatch defense and medical cards to minimize your own damage and to restore HP and/or shield to strive for a higher score. It is not necessary to defeat enemies generated as their number would increase over time.

Thank you for reading the full guide. If you need help to understand anything, please leave a comment and I’ll get back to you. Check out some of our other guides from the latest posts. I will be back with more such guides for you. Keep an eye on our page for more such posts. Take care and cheers!