Riot Games’ competitive shooter Valorant is no stranger to nasty bugs and glitches. In the past, we have seen several game-breaking bugs surface across the game and while they’re generally patched out swiftly by the devs, can often have an impact on ranked games.

A new glitch has been found on the Icebox map of Valorant, and it enables players to fly to a spot above the A-site on Icebox.

This glitch was brought to light by TPAXTOP on YouTube, and it showcases how a Jett can use her updraft to get to a pixel above Pipes on Icebox. 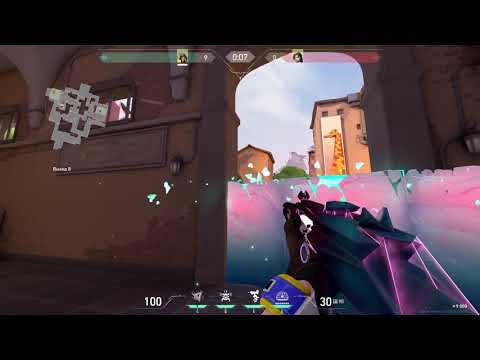 The glitch can be replicated in any ranked game, and it requires players to use Jett and Updraft from the top of 410 to the spot directly above Pipes.

Jett users can easily get multiple frags by camping on the glitched spot as a Defender, as Attackers would never expect a player to be high up there.

Even as an Attacker, the glitch can give an unfair advantage to Jett since she can reach there and hold several different angles simultaneously during post-plant scenarios.

Hopefully, the developers will be patching this problem in the near future, but till then, players will have to make sure to check the spot as an Attacker whenever there’s a Jett on the enemy team.

Remember, trying to replicate this glitch can count as bug abuse and can possibly get you banned if the enemy team decides to report you. If you want to see it in action, your best bet would be to hop on a custom game with your friends and use it to catch your friends off-guard.