Konosuba FD is a Spectacular Anime RPG consisting of fantasy, laughter, and EXPLOSIONS! KonoSuba: Fantastic Days will take you on a journey to defeat the evildoers, with its unique turn-based RPG style. This game is a great adaptation of the original Konosuba series. The series is A manga adaptation, illustrated by Masahito Watari and Joseph Yokobori, which began serialization in Fujimi Shobo’s Monthly Dragon Age magazine in October 2014.

That was a brief introduction to the game and the series origins. Now, coming to the topic of this guide, which is the frustrating Error Message [Timed Out 8001]. This can happen if you are using an emulator or the actual mobile device. The issue is with the connectivity and the network and not the actual device themselves. Let us check out how you can resolve this issue

The actual error screen and message will look something like this: 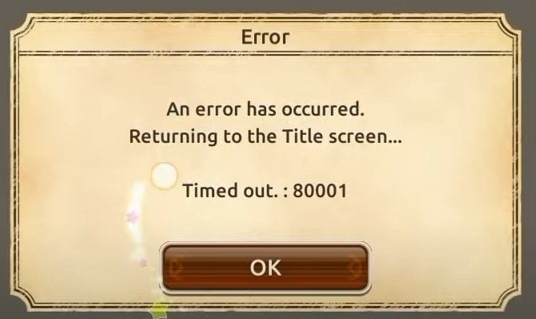 If you are using a mobile device, go to > recent apps. Then press the “Clear All” button on the screen. Usually, it will be the cross button located at the middle-lower side of the screen. This will help you clear all the recent apps, including Konosuba FD from the device memory. If you are using an Emulator, simply close it directly. Now go to the games’ info section > click on storage and cache > select “clear cache”. Here are the illustrative images that show how to do that: 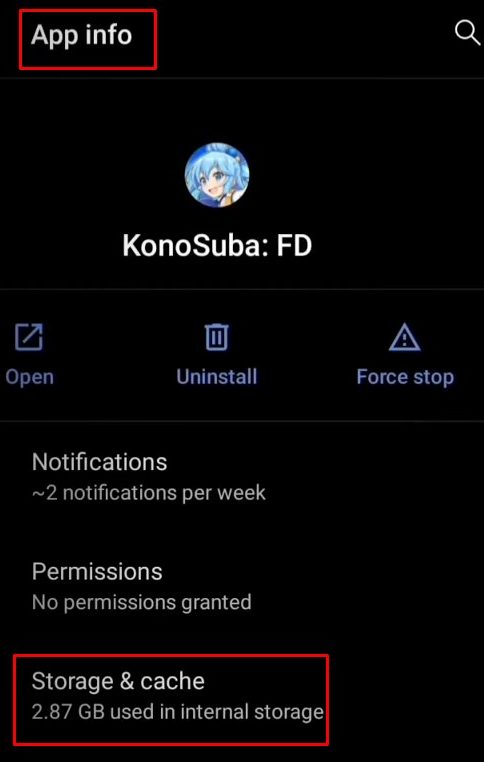 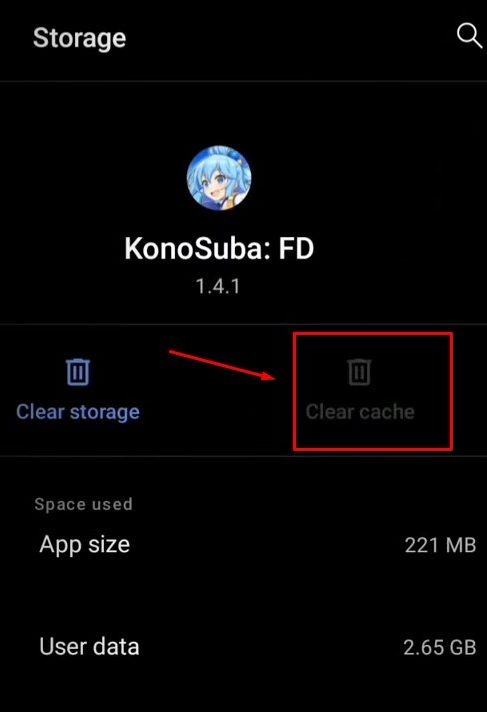 After you have done the above steps, open Konosuba FD, and if you have cleared the caches properly, it should now launch without any hiccups!

First, turn off your connection data/wifi until the “connection error” notification appears. After you have done that, turn on the data again. If the “connection error” notification still appears just click “OK” but if not just wait patiently. You can also Standby in the error but turn on your airplane mode and wait for a few minutes then turn off it after that turn on your mobile data.

My suggestion here would be to play with mobile data first. If you find that it is working fine, switch to wifi and give that a go. The trick to do this is to turn on the mobile data > load up the game. After all of the menu and sub-menu loads up, switch over to wifi and see if that works. I have personally tried this and it works fine for me.

A radio drama CD was released by HobiRecords in March 2015, and an anime television adaptation by Studio Deen aired in Japan between January and March 2016. A second season of the anime aired between January and March 2017. A spin-off light novel series, KonoSuba: An Explosion on this Wonderful World!, began publication in July 2014. Both the light novels and the manga are licensed in North America by Yen Press. An anime film adaptation by J.C.Staff titled KonoSuba: God’s Blessing on This Wonderful World! Legend of Crimson premiered on August 30, 2019. The production of a further anime project was announced on July 18, 2021.

That is how Konosuba started out, and after all that, the anime RPG depiction of the game came into effect in the year 2020. The game is doing numbers since then. And after the global release of the game, it has gained even more popularity.

Let me know if this post has helped you fix your issue. Also, tell me how you are enjoying Konosuba FD. I have a beginners guide, a tier list, and a special moves list for you to check out as well. That would be all from this guide. Thanks for dropping by and I will see you with more of such content. Take care!