Resident Evil Village is an all-in-all survival game where learning and practicing a few survival tricks can come in extremely handy for those who are looking to beat the game in a short amount of time. These guides demonstrate how you can do that exactly. Most players are concerned with how they can acquire the most powerful weapons and unlock unlimited ammo and blast their way through the game. But these passive strategies more often than not will help you meet the ultimate objective of the game that is- survive. Read the full guide to know how to do that.

How To Use Block And Quick Turn In RE8

The quick turn ability is a lifesaver. The quick turn is a Resident Evil staple. Though it’s never given in a tutorial in this game it’s still something you can do. To do a 180-degree turn just press circle or B while holding backward. This allows you to quickly remove yourself from a dangerous situation and it’s significantly faster than turning around yourself, especially if you are using a controller.

The ability to quickly turn might not seem like a whole lot at first. And it was never really necessary for most of the bosses in RE7. But here it can be the difference between survival and quick death, unlike the previous game. In Village, you will often have to contend with swarms of enemies that can easily surround and overwhelm you.

On top of that, a lot of bosses force you to run away from them on multiple occasions (Refer to Fishman boss here). So if you are not using quick turn, there are parts where you are going to take damage that could have been avoided. And sure that’s not a big deal on normal most of the time but on hardcore, one or two bad hits can really mean game over.

Blocking is much better than it seems. One key feature that’s carried over into this game from Resident Evil 7 is the ability to block. It seems like a normal guy’s skinny forearms wouldn’t be much of a defense against some claws or blades. But when it comes to protecting you from damage, blocking actually works. For one thing, the amount of damage it absorbs is actually significant. So, while I am not sure exactly how much it actually protects you, once you start using it consistently, you will notice a big difference in the amount of damage you are taking. 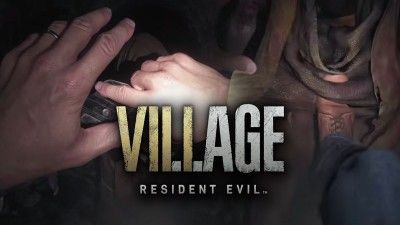 On top of that, it is actually possible to push enemies after blocking them. This is an absolutely vital skill when you are playing on harder difficulties. Because it will stun an enemy for a long time making them vulnerable to critical hits. And they also drop their weapons which is also great. Even better if there is a crowd of enemies around you. Pushing an enemy attack back will stun everything it gets pushed into making this technique incredibly useful for escaping a horde of enemies that are blocking the way or have you stuck in a corner. When playing on hardcore, pushing enemies is actually essential.

Pushing can sometimes allow you to entirely bypass groups of enemies as long as you have got the timing right. And it’s not too hard to pull off this trick once you understand how it works. Just hold down the block button when the enemy attacks. If they look like they got deflected by it then tap the block button again quickly to push them back. Sadly you can’t follow it up by an RE4 style wrestling move but it is still a pretty awesome skill!

Contents hide
1 How To Use Block And Quick Turn In RE8
1.1 Quick Turn
1.2 Blocking
1.3 RELATED POSTS

With these useful tricks in mind, I now conclude this guide. If you are enjoying RE Village and want us to write more about something specific then leave a comment down below. Hopefully, you enjoyed reading this, and trust me if you do decide to use this in your gameplay, you will definitely improve infinitesimally. A few more tips and tricks are coming soon so do remember to bookmark us! With one last quote, I will now take your leave, ” Labor Omni Vincent “. Hard work conquers all!