In this guide for Serious Sam 4, we will take a look at a list of all Sidequest Locations, the Rewards they give, and how to get to these locations. Simply refer to the table for any particular location or reward. You can also check the entire article to know all of them.

All Sidequest Locations and Rewards in Serious Sam 4 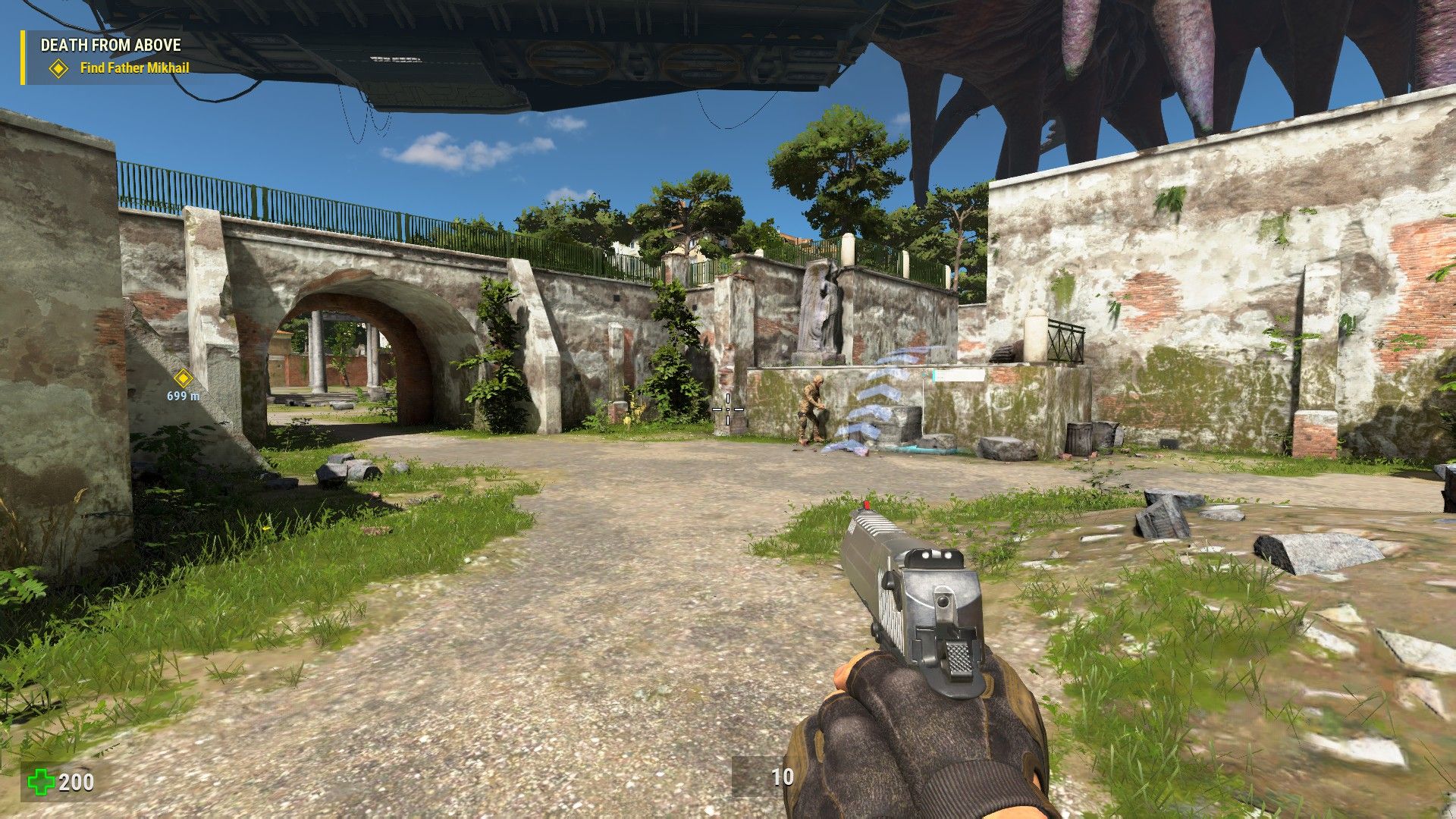 You can’t miss this one as Kenny will initiate it.
Reward: Holodecoy x2

We can be Heroes 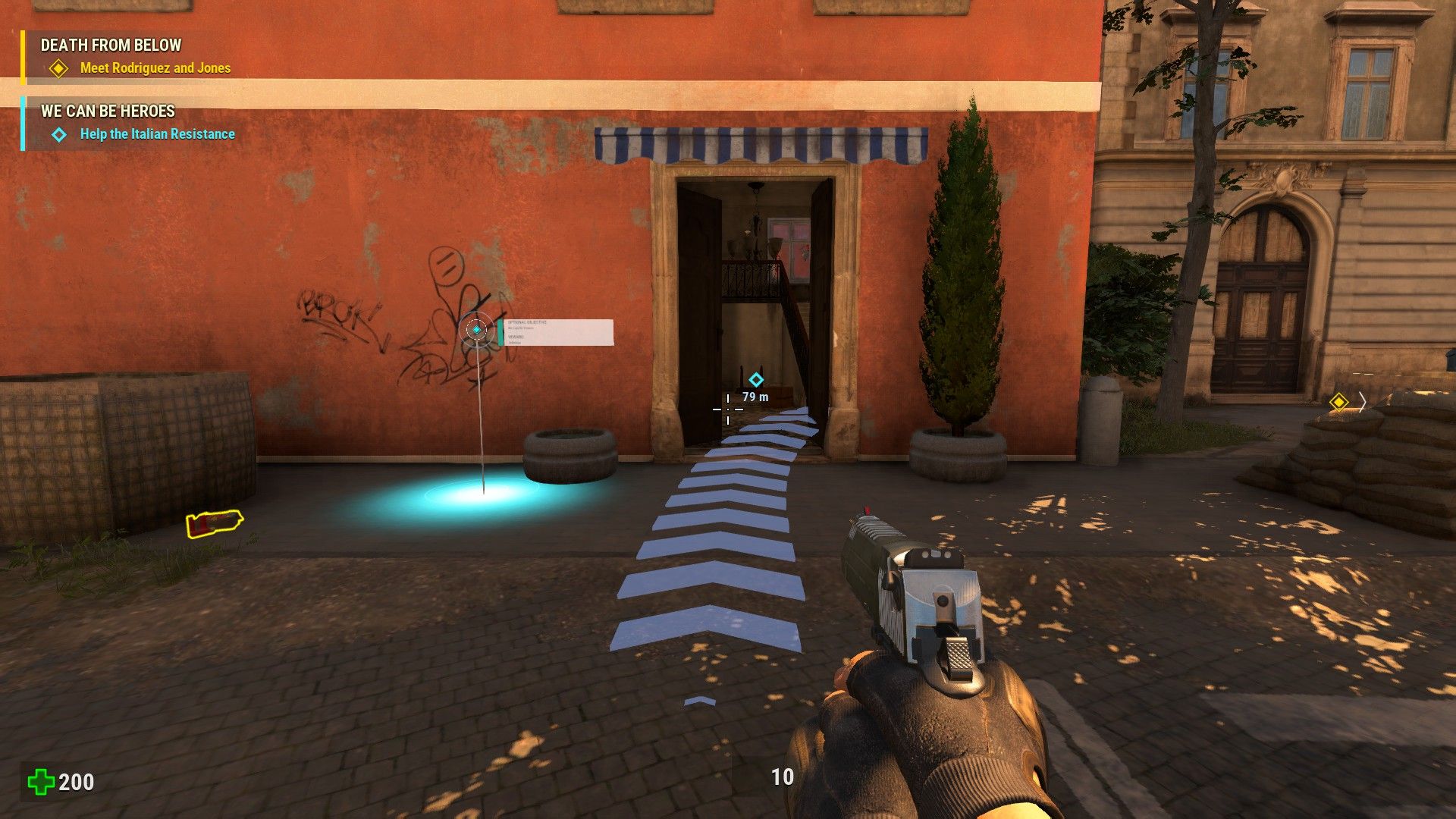 Again, can’t miss this one as Father Mikhail will initiate it
Reward: Assault Rifle

Four Horsemen of the Apocalypse 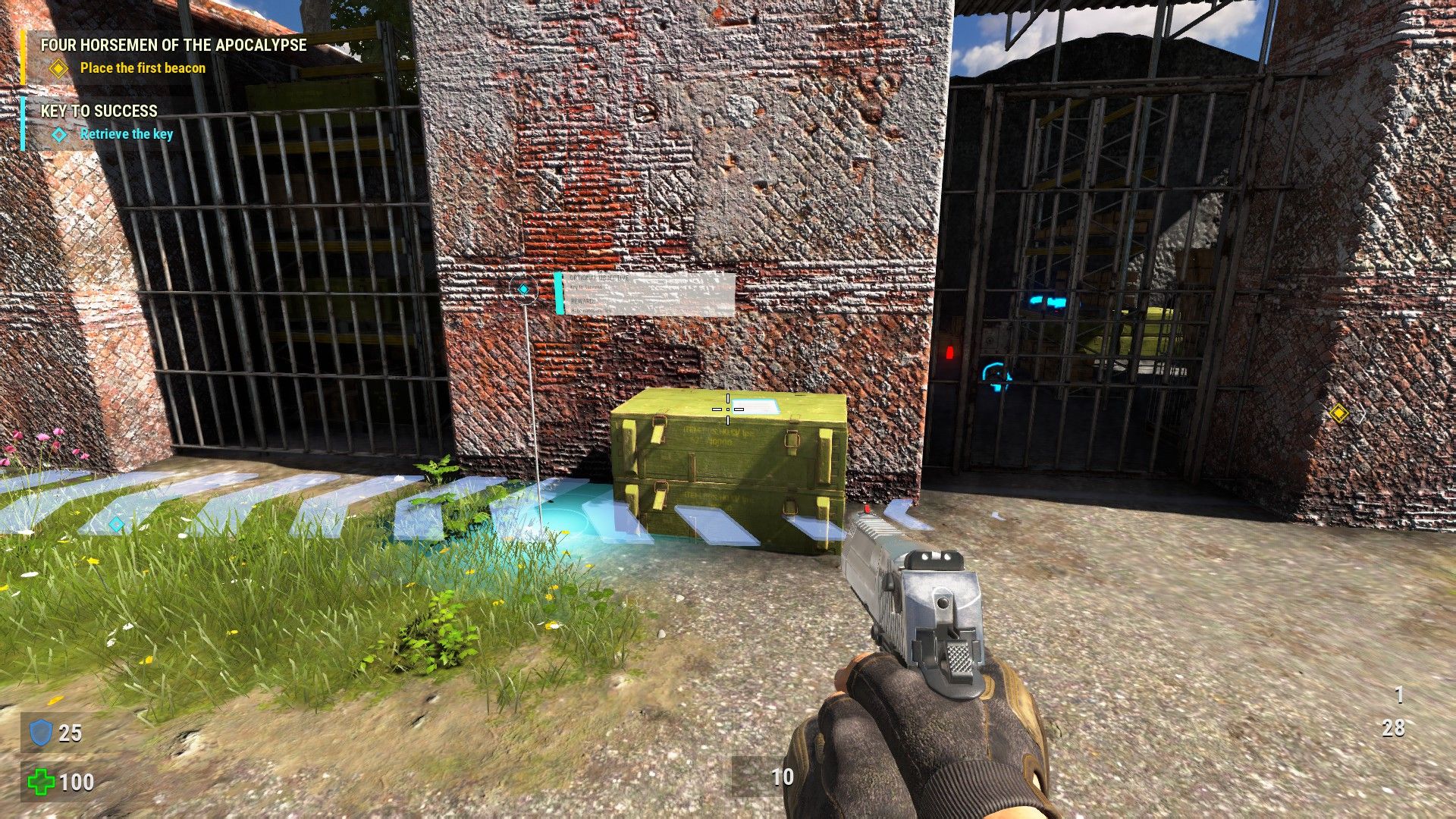 Right after you leave the first arena, you will come across a locked door. Interact with it to activate the side quest.
Reward: Rage Serum x3 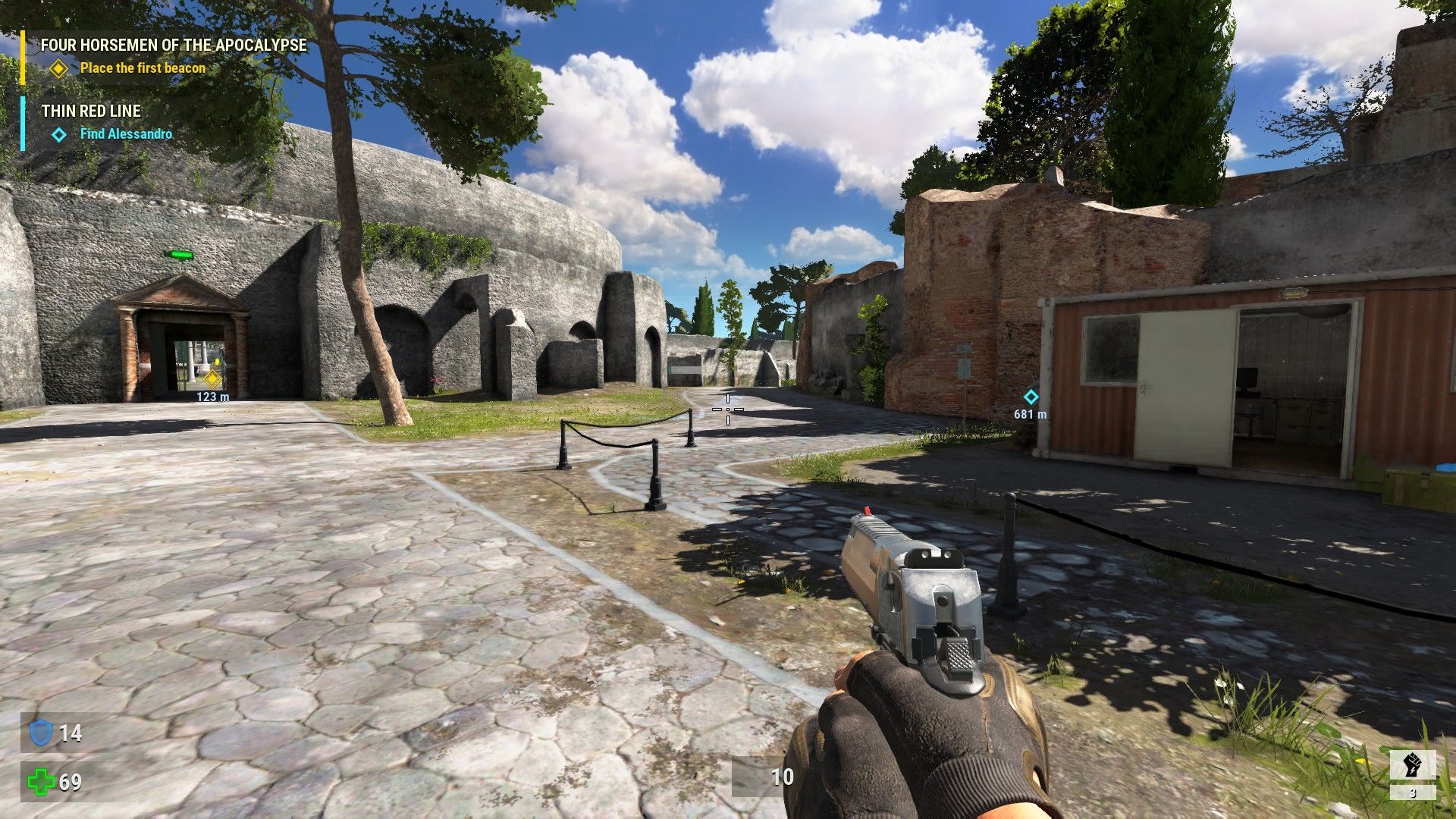 In the shack next to the radio, there will be a note. Interact with it to activate the side quest.
Reward: Shotgun Grenade Launcher Upgrade 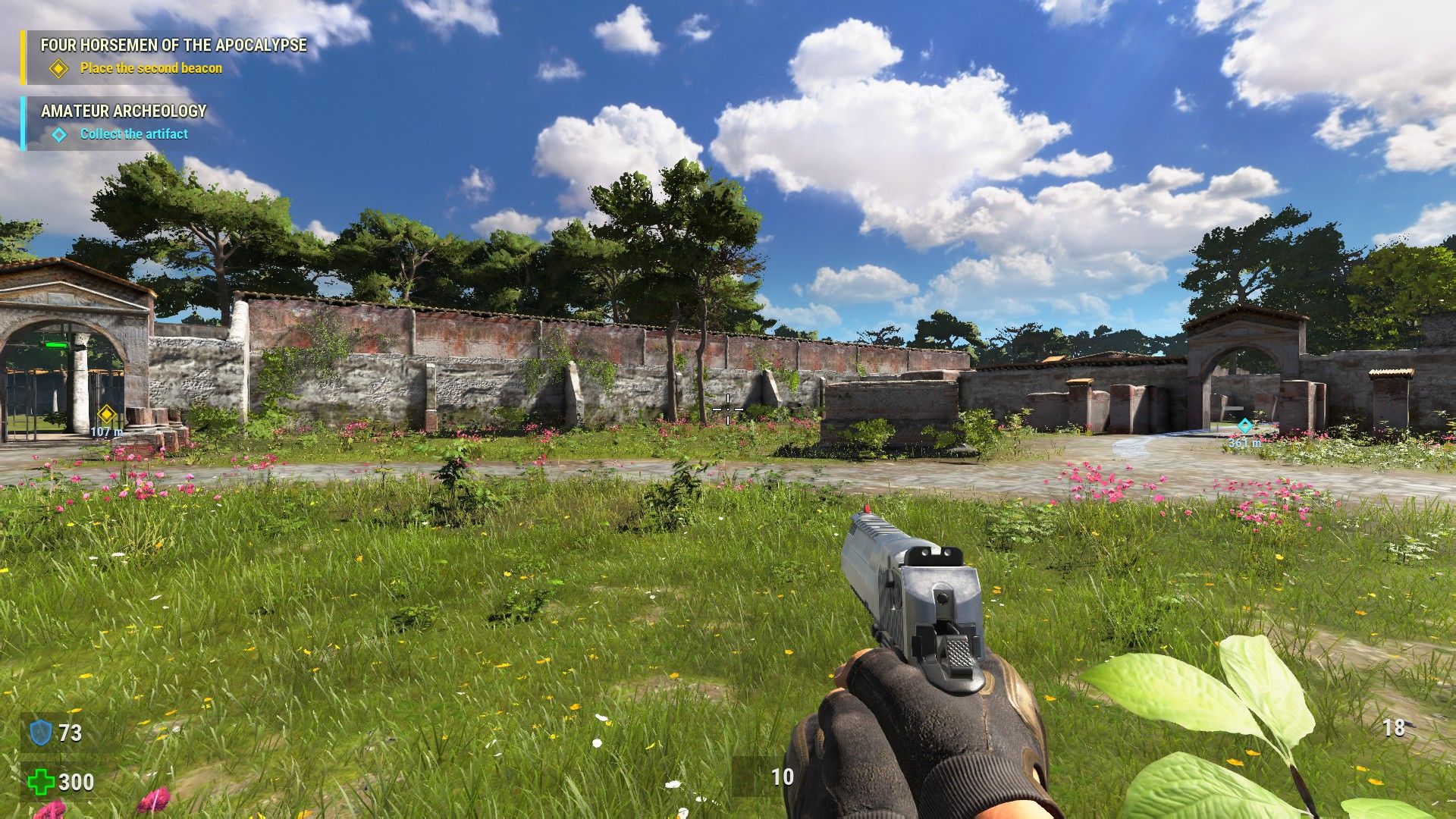 Progress through the level normally and Dr. Kiesel will contact you, activating this side quest.
Reward: Time Warp x2 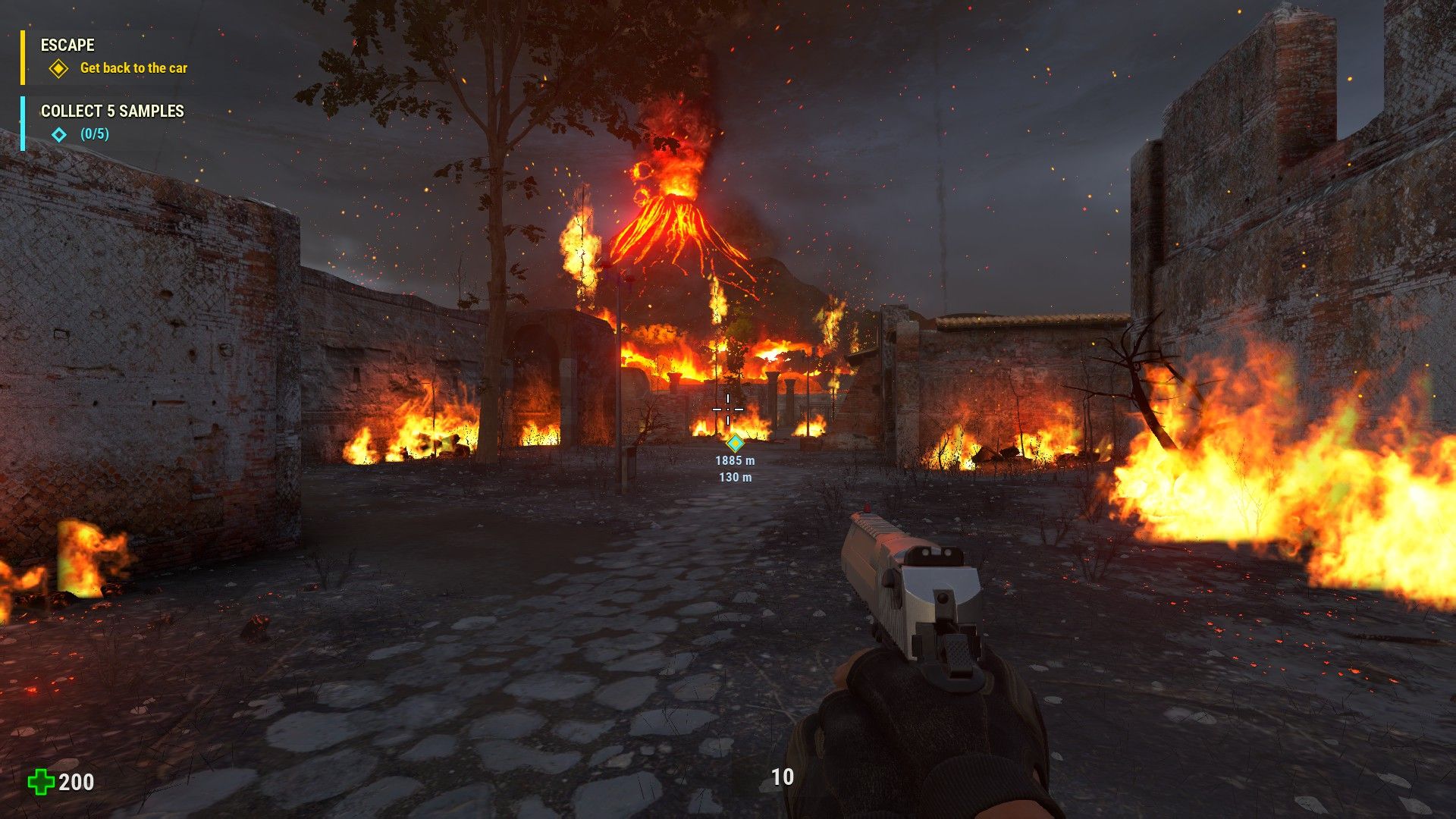 Once again, progress normally and Dr. Kiesel will contact you for this side quest.
Reward: Multirocket Attachment

The Die is Cast 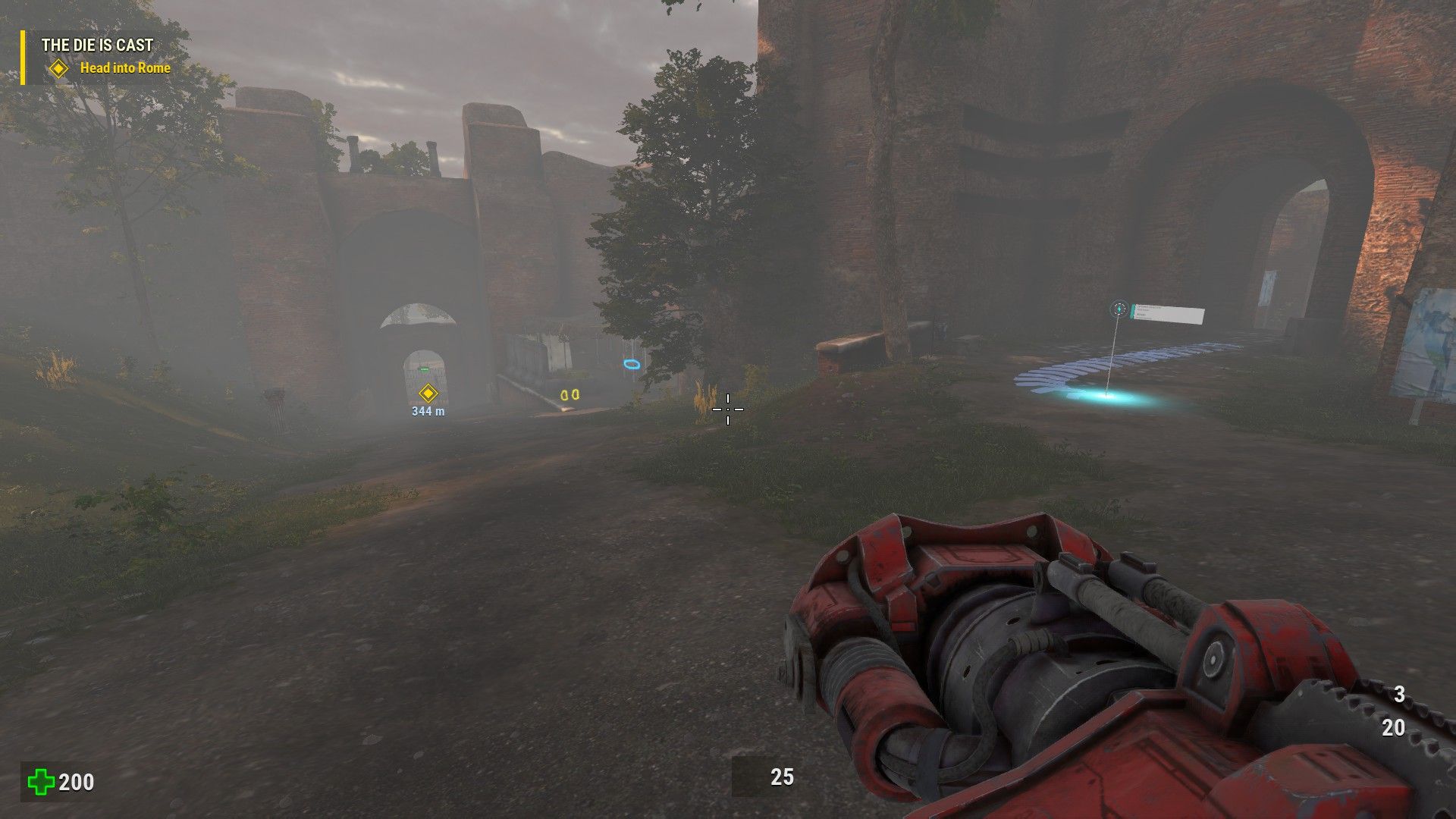 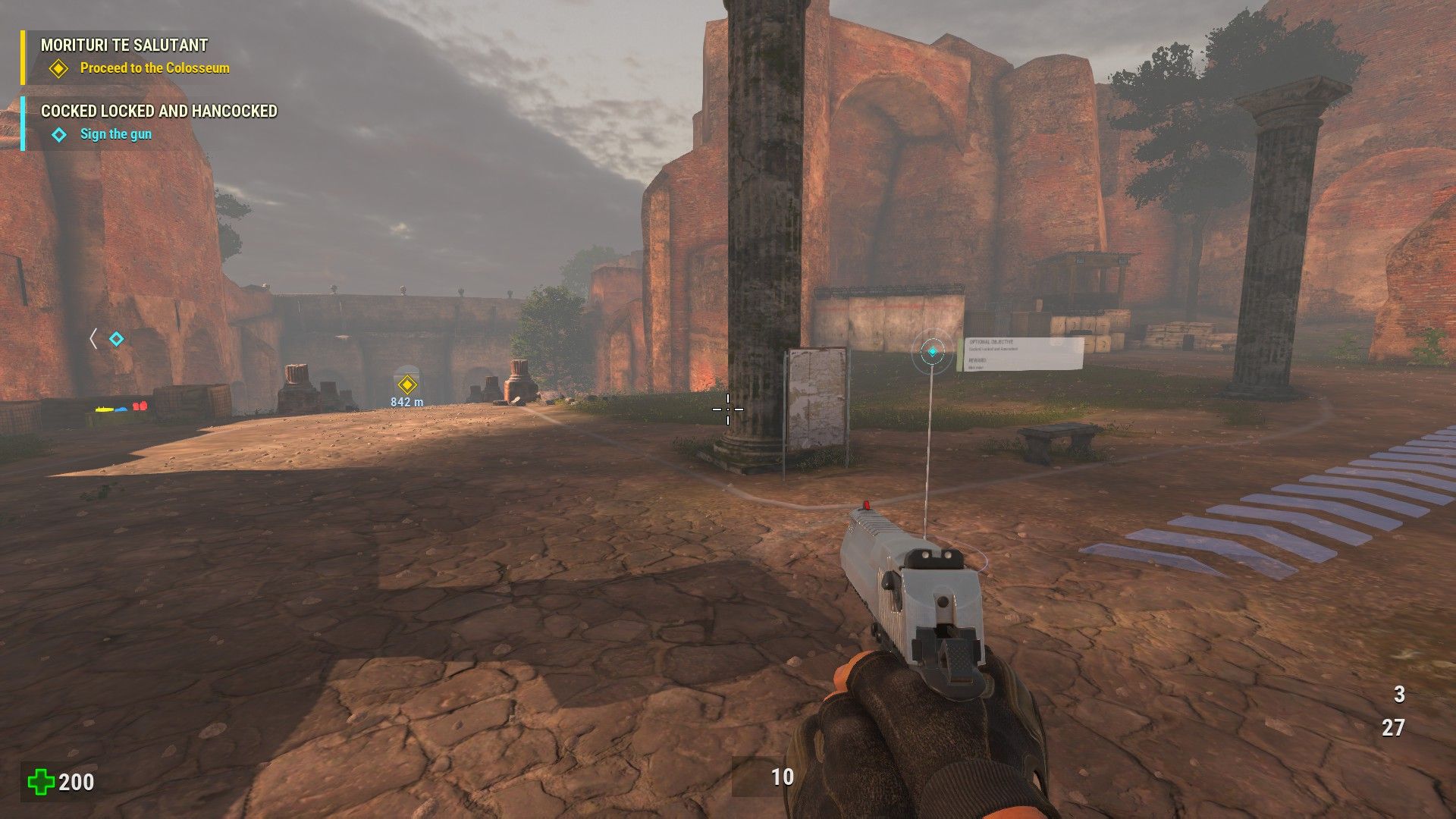 Before the big arena with a bunch of Processed and Scrapjacks, to the right, there is a blockade with an NPC. Interact with him to activate the quest.
Reward: Mini Nuke 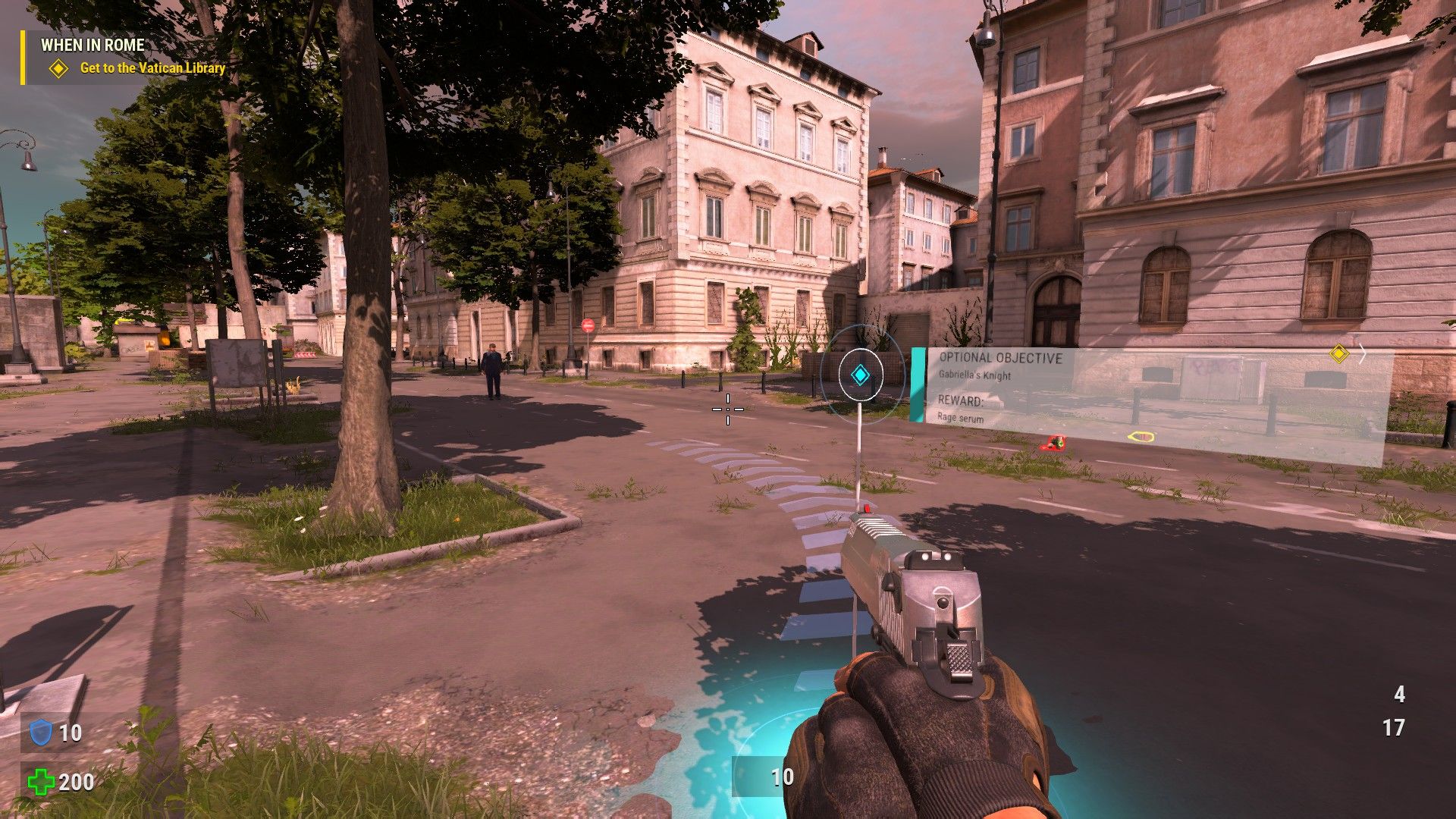 The side quests on this mission are pretty obvious, the first is right after you leave the canal area.
Reward: Rage Serum x3 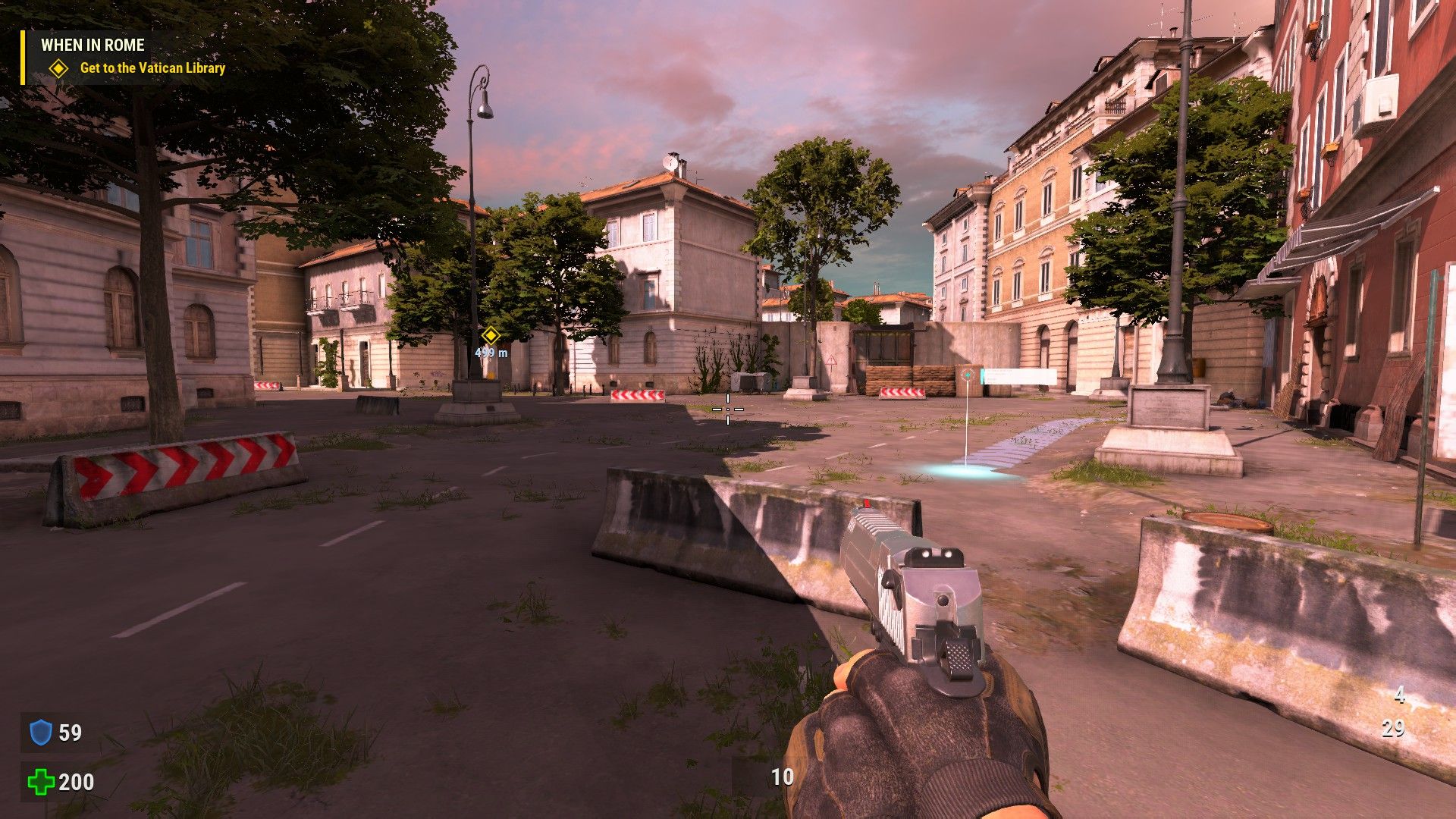 The second sidequest is after the bridge fight. Again, hard to miss.
Reward: Psychotropic Grenade x3

A Breakfast in France 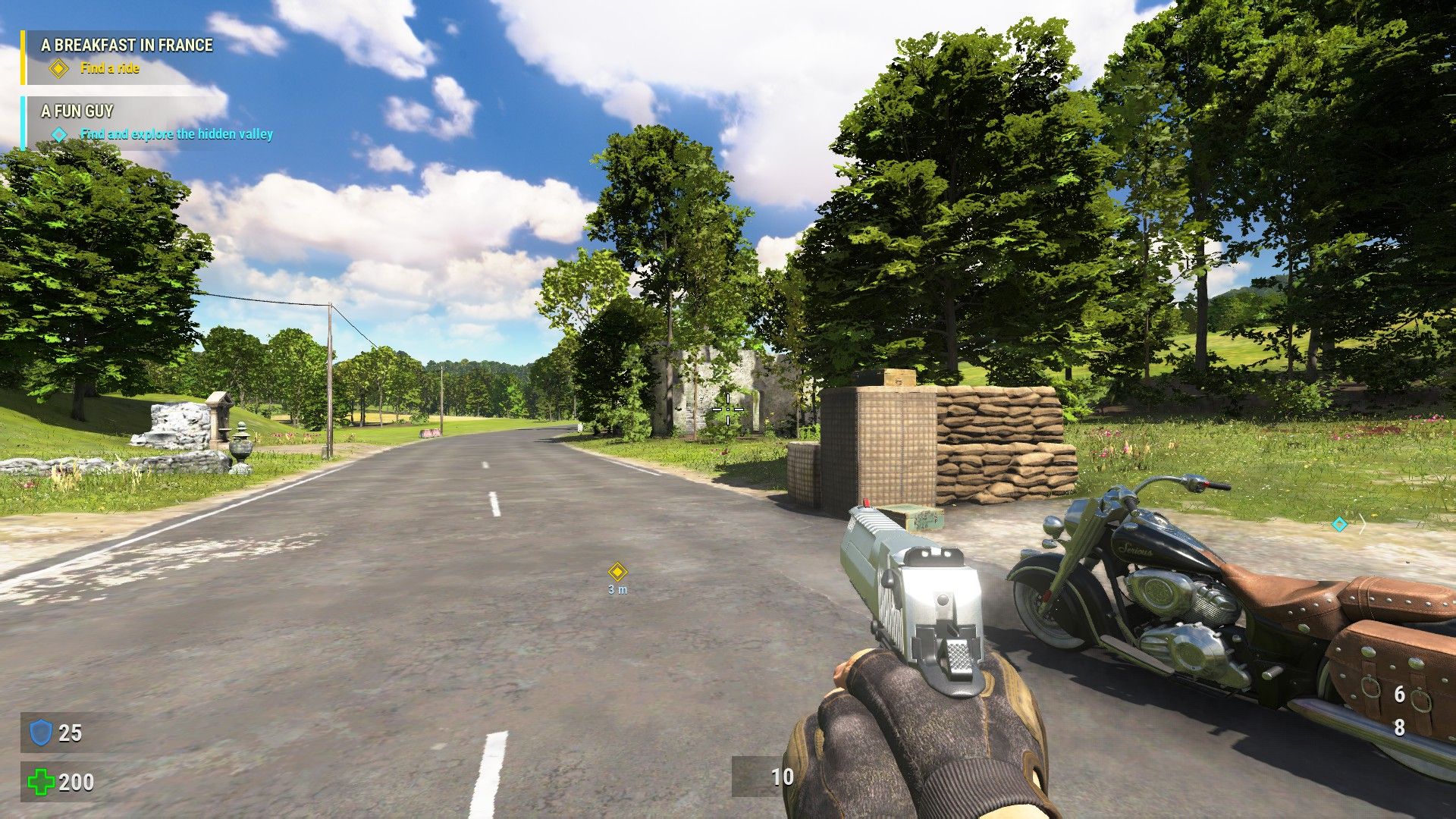 This one is actually easy to miss because all the previous ones were kind of obvious. When you get the bike, there are some small ruins to the side and an audio log. Listen to the log to activate the side quest.
Reward: Rage Serum x3 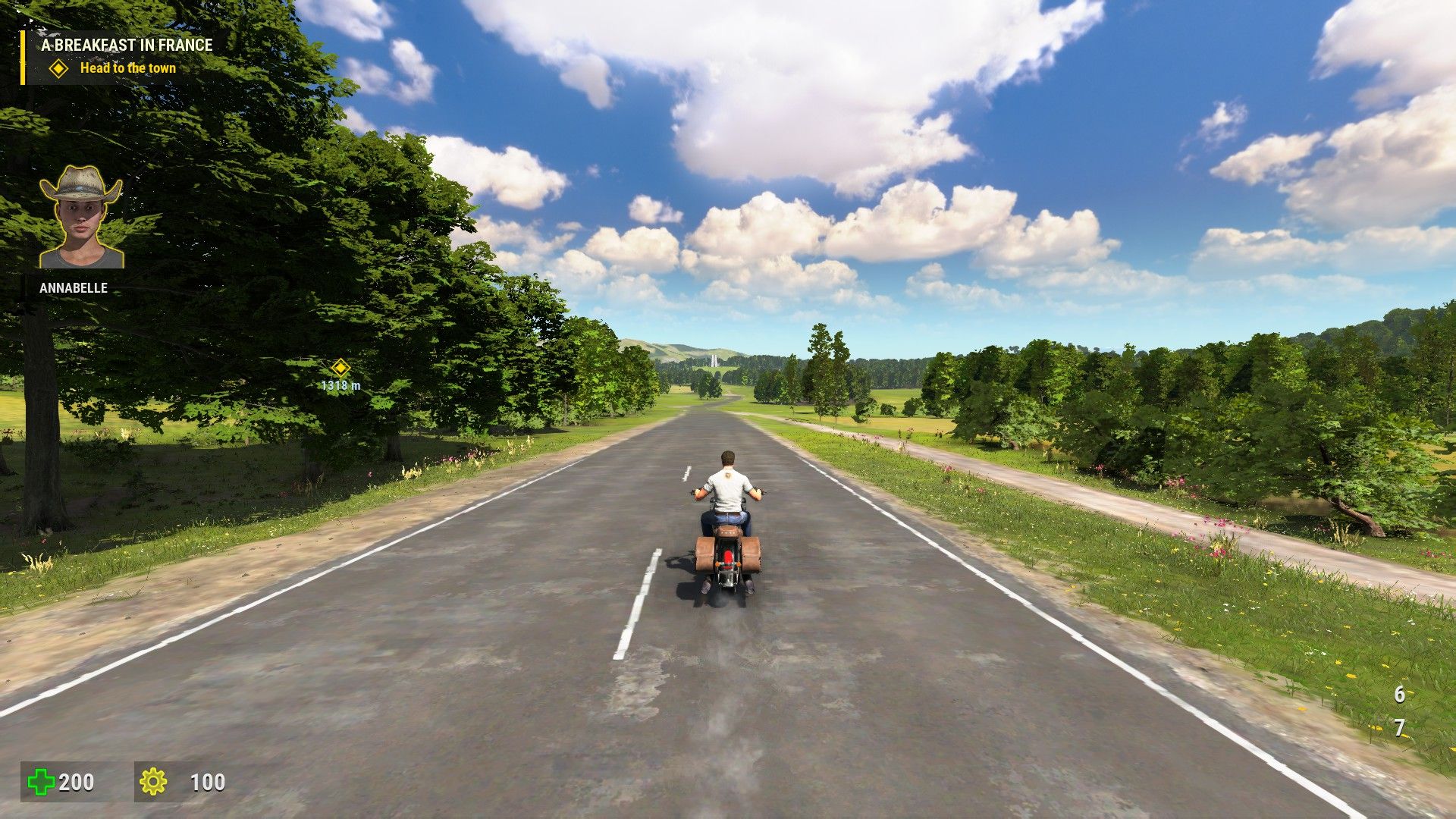 After getting the bike and driving down the main road, you’ll come across an abandoned house. From the house, you will see a tower in the distance. You should get a call from Anabelle while driving towards the main objective, but if you don’t, simply head to the tower (shown in the screenshot) and you’ll get the side quest.
Reward: Sniper Rifle 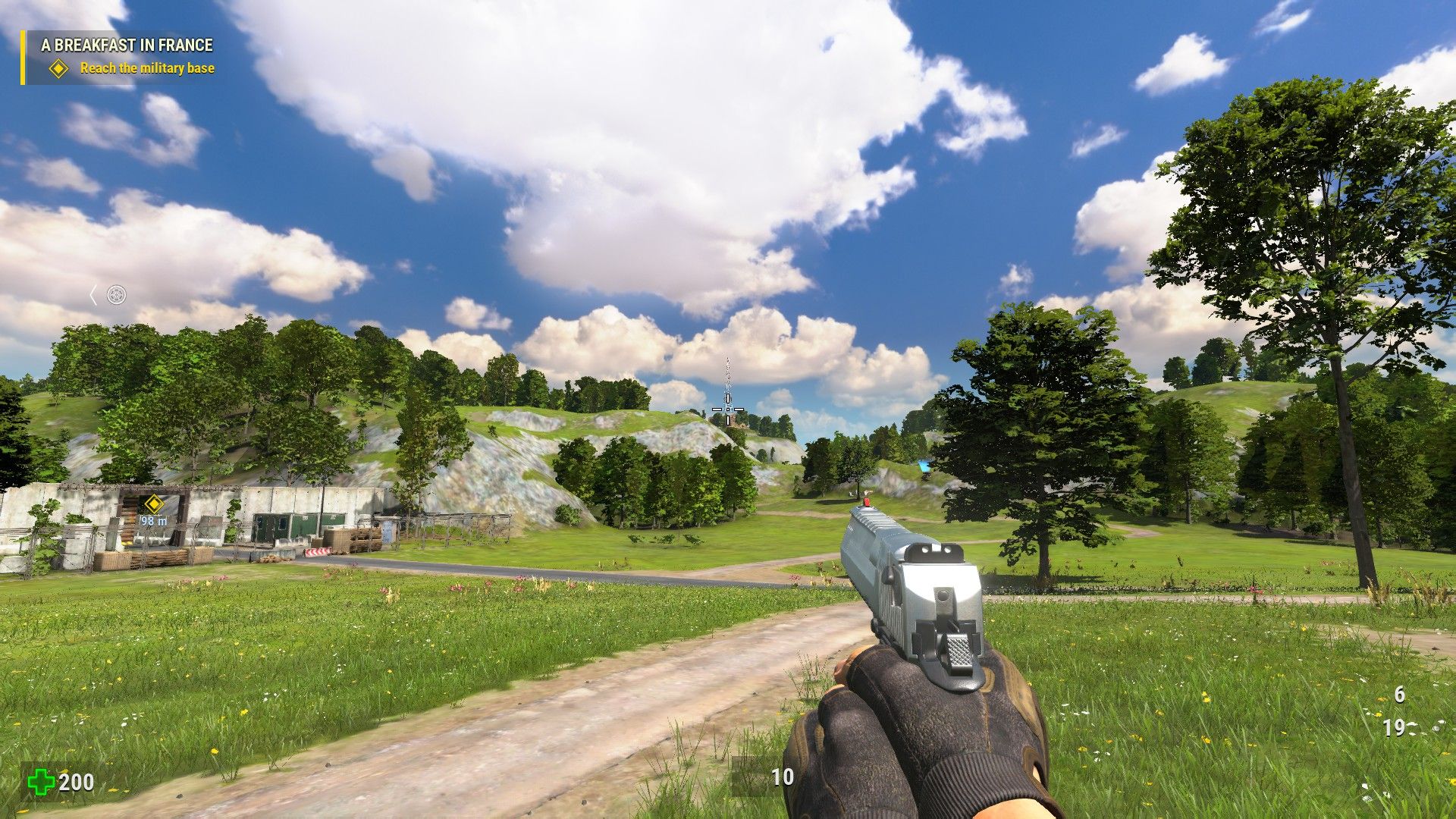 This one is also easy to miss; After the combine harvester segment, before the exit, you can see a radio tower off in the distance. Go there to activate the side quest
Reward: Hacked Drone x4

One for the Road 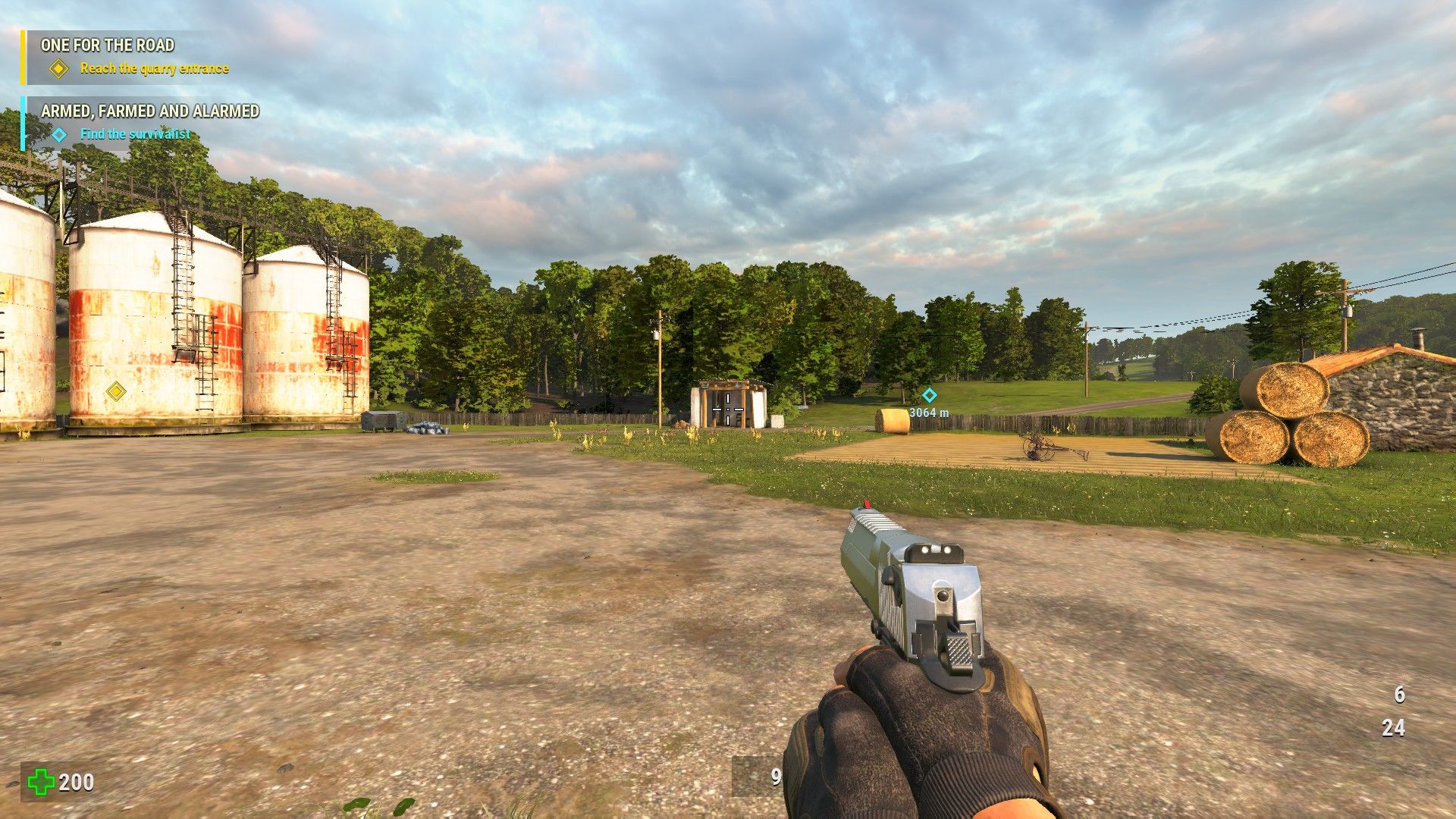 After the mech segment, you’ll come across these large containers and a small white shack to the right. Read the note inside the shack to activate the side quest
Reward: FRPCL 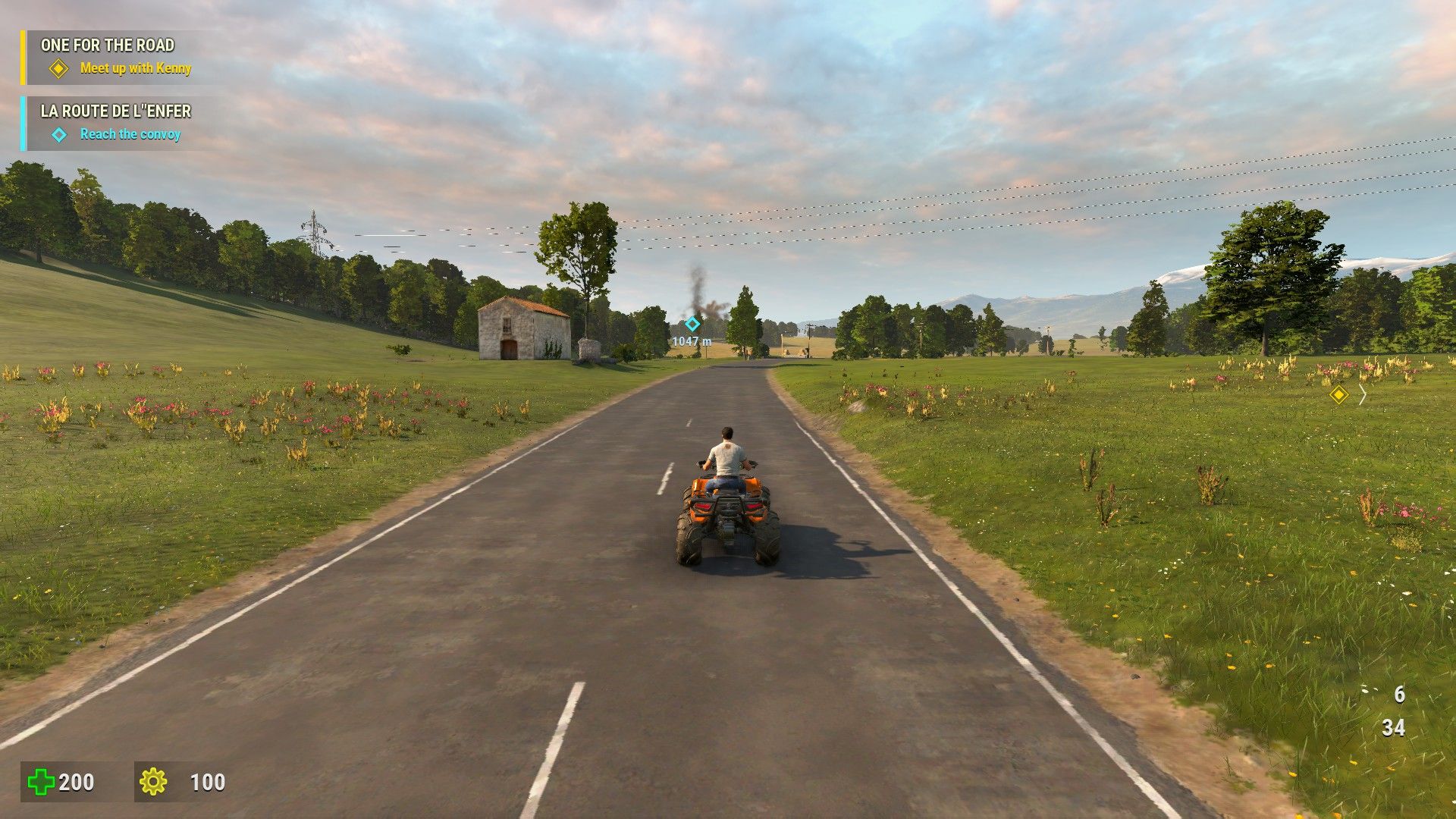 After getting the quad bike, keep driving towards the main objective and you’ll get a distress call. If you don’t get it, simply drive towards the large smoke trail in the distance.
Reward: H.E.A.R.T. x1

The Art of War 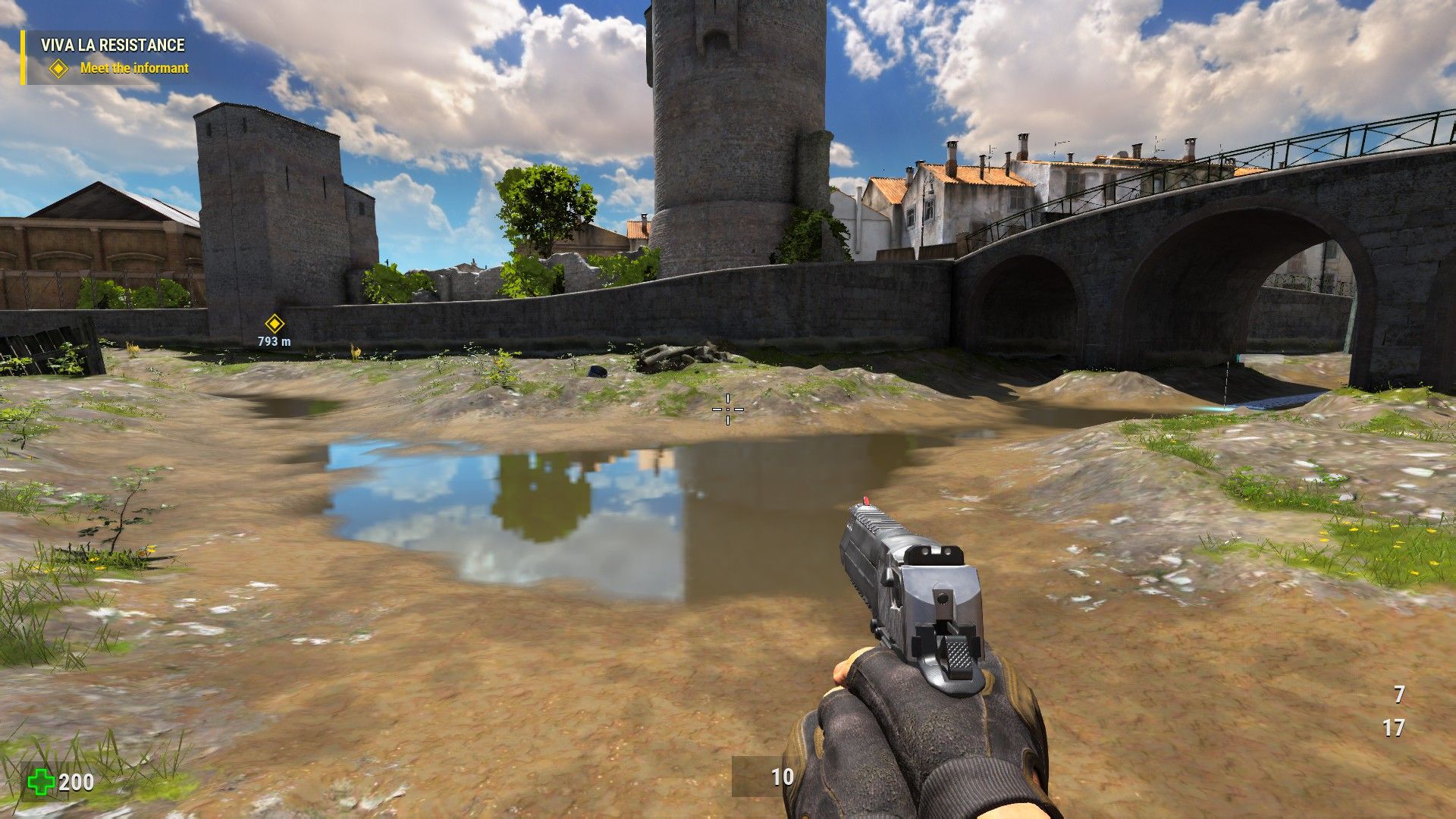 Progress normally through the canal with Michelle and Sayid until you reach this split and take a right, under the bridge
Reward: Auto shotgun 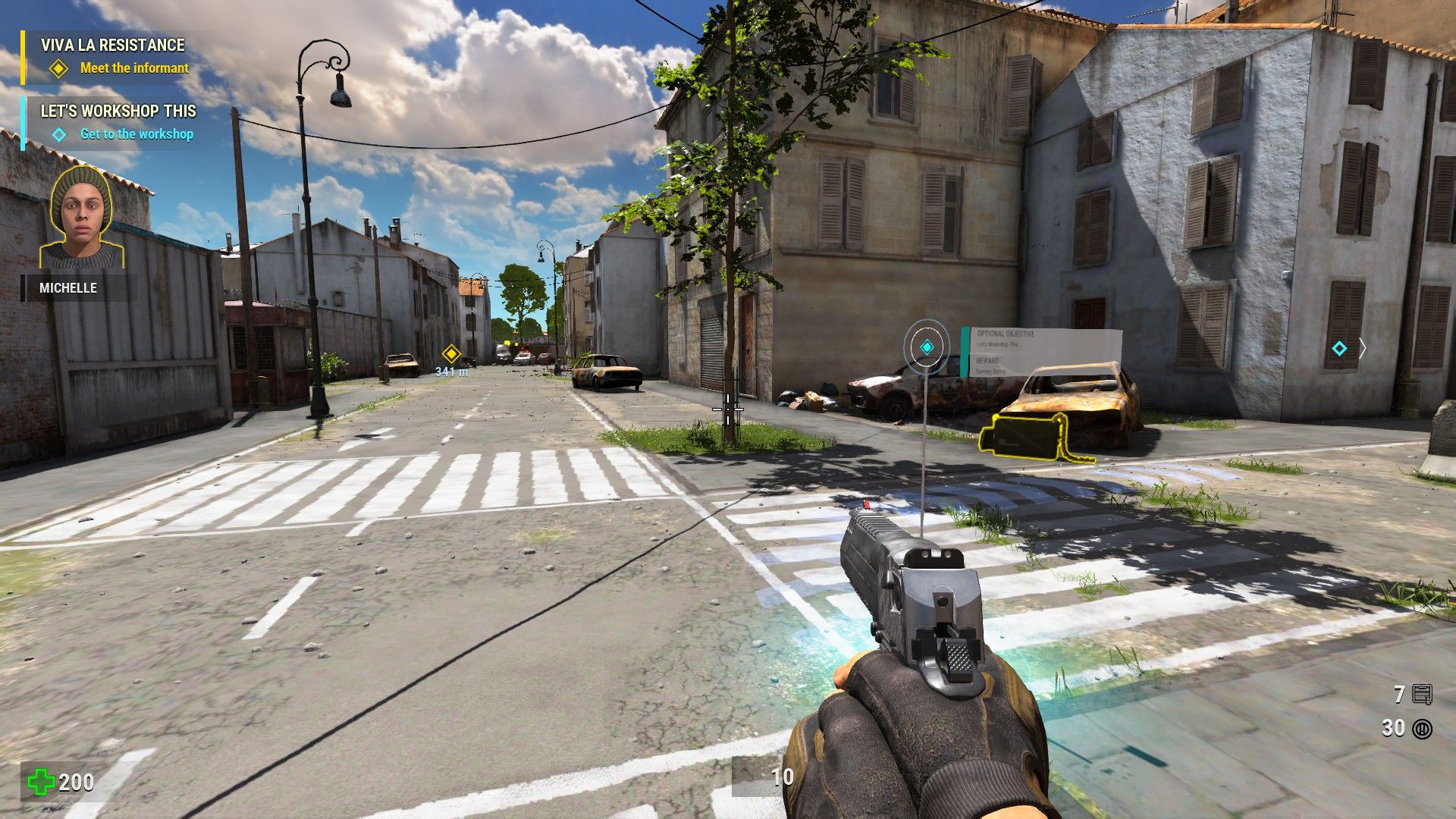 Again, progress normally, and Michelle will mention there’s an abandoned workshop nearby.
Reward: Sadly, not a resors, just a Holodecoy

The Princess and The Pie 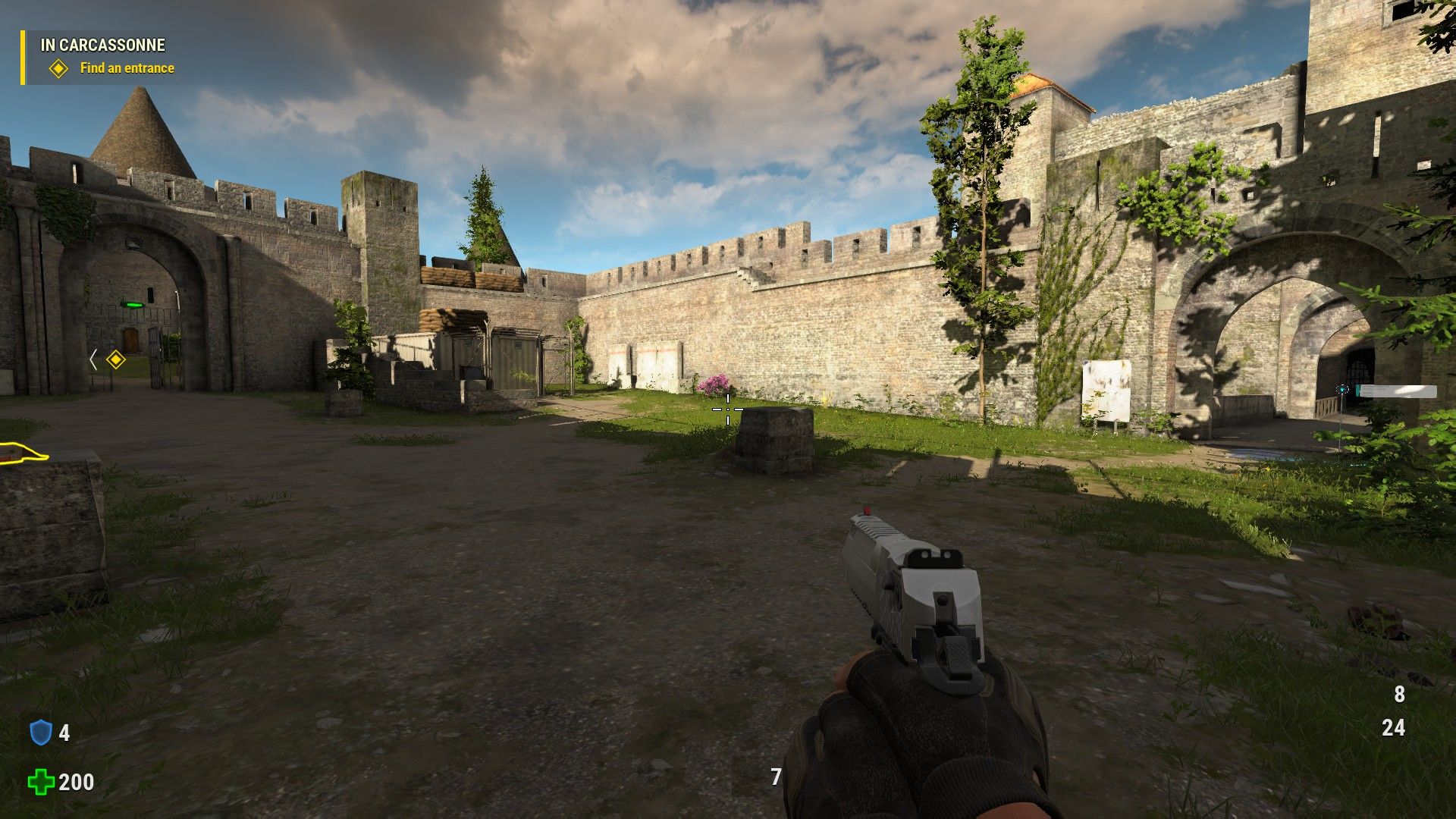 This side quest even has a cutscene, you cannot possibly miss it
Reward: Master Key (unlocks some rooms with extra ammo) 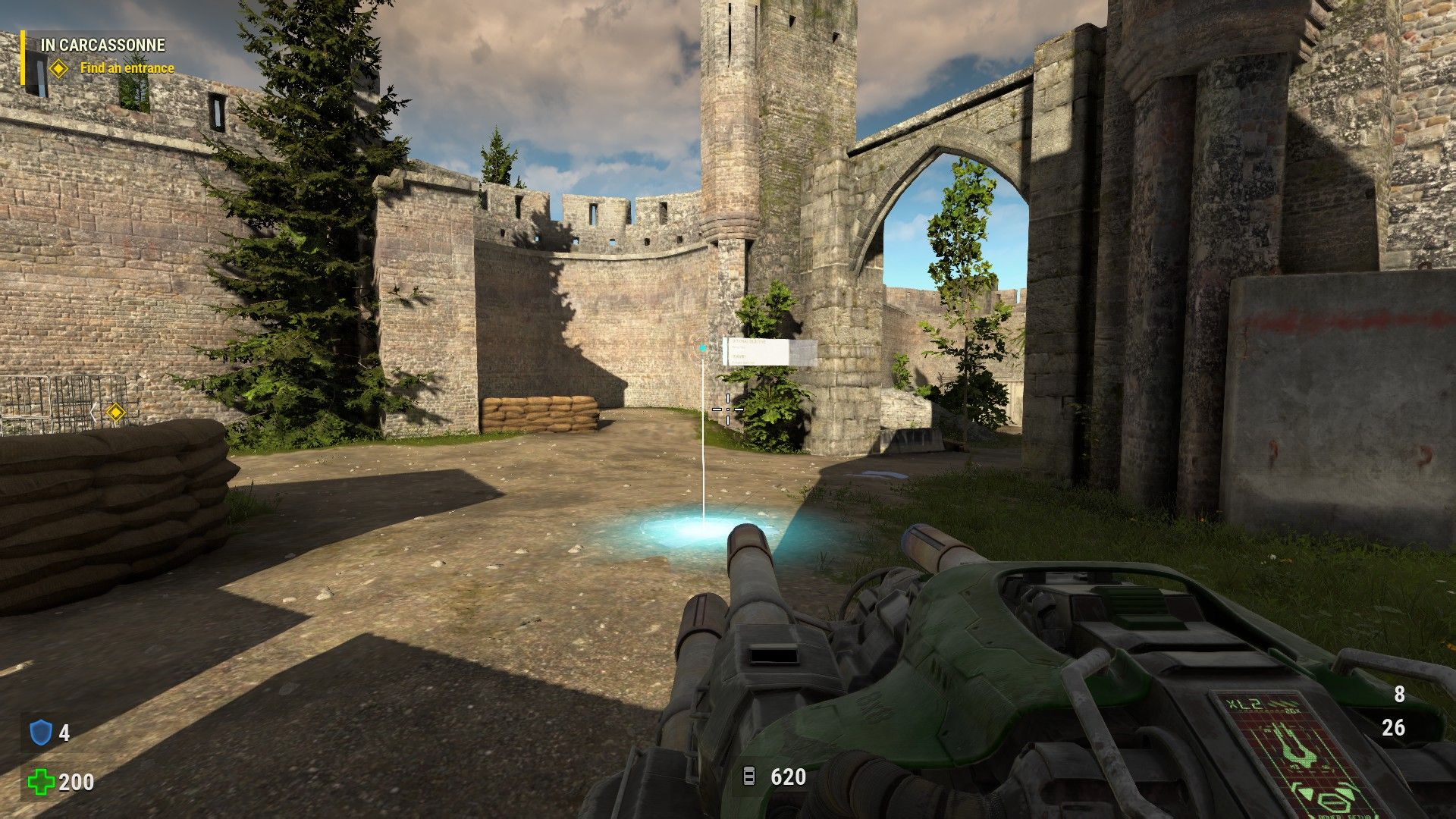 After the arena where you first get the Lasergun, you’ll see the side quest marker on your right, and then a long walk to quite possibly the most difficult side quest in the game
Reward: Black Hole x3 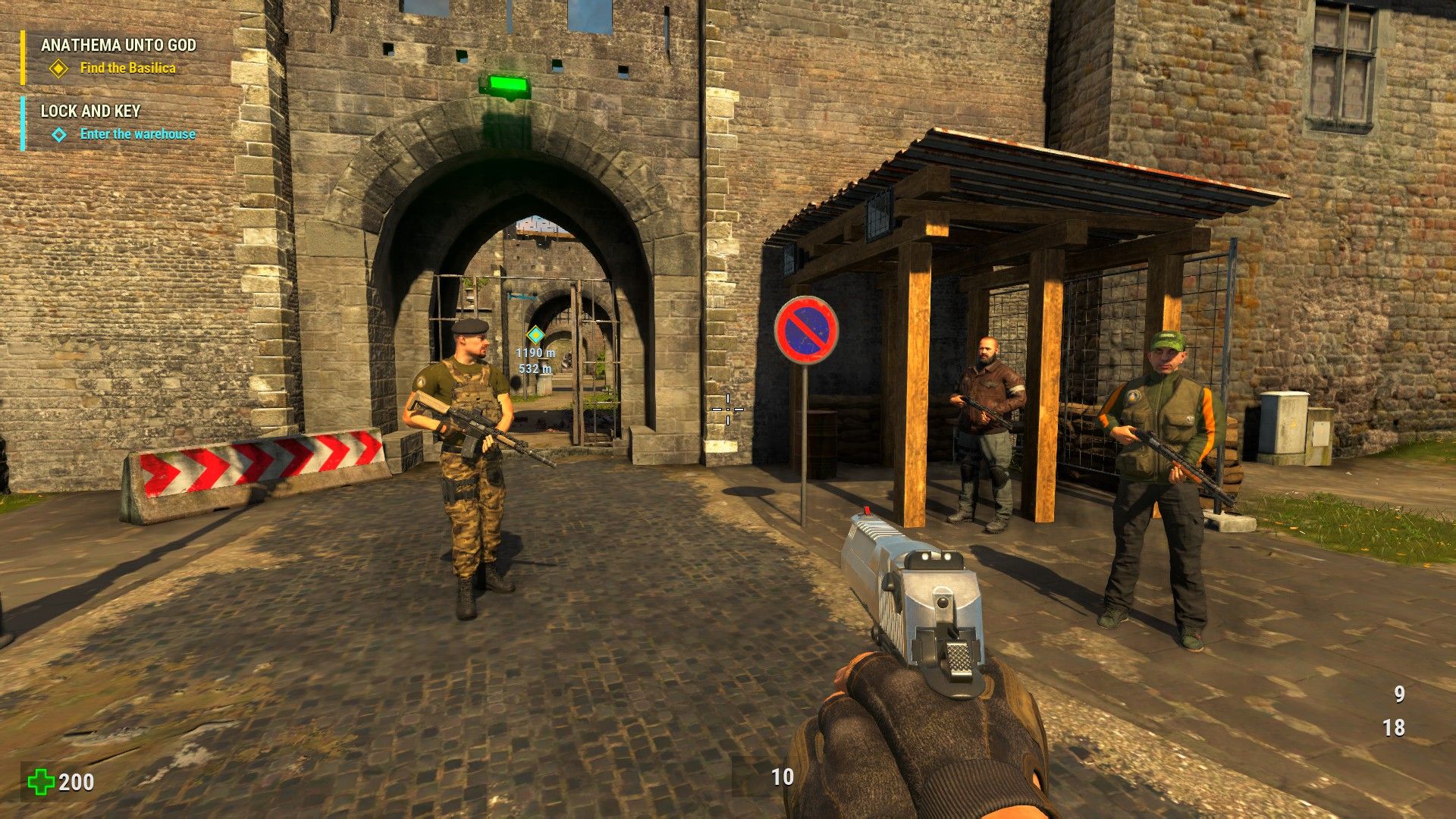 Before going through this locked gate, on the shack to the right is another small piece of paper. Interact with it to trigger the side quest.
Reward: Time Warp x2 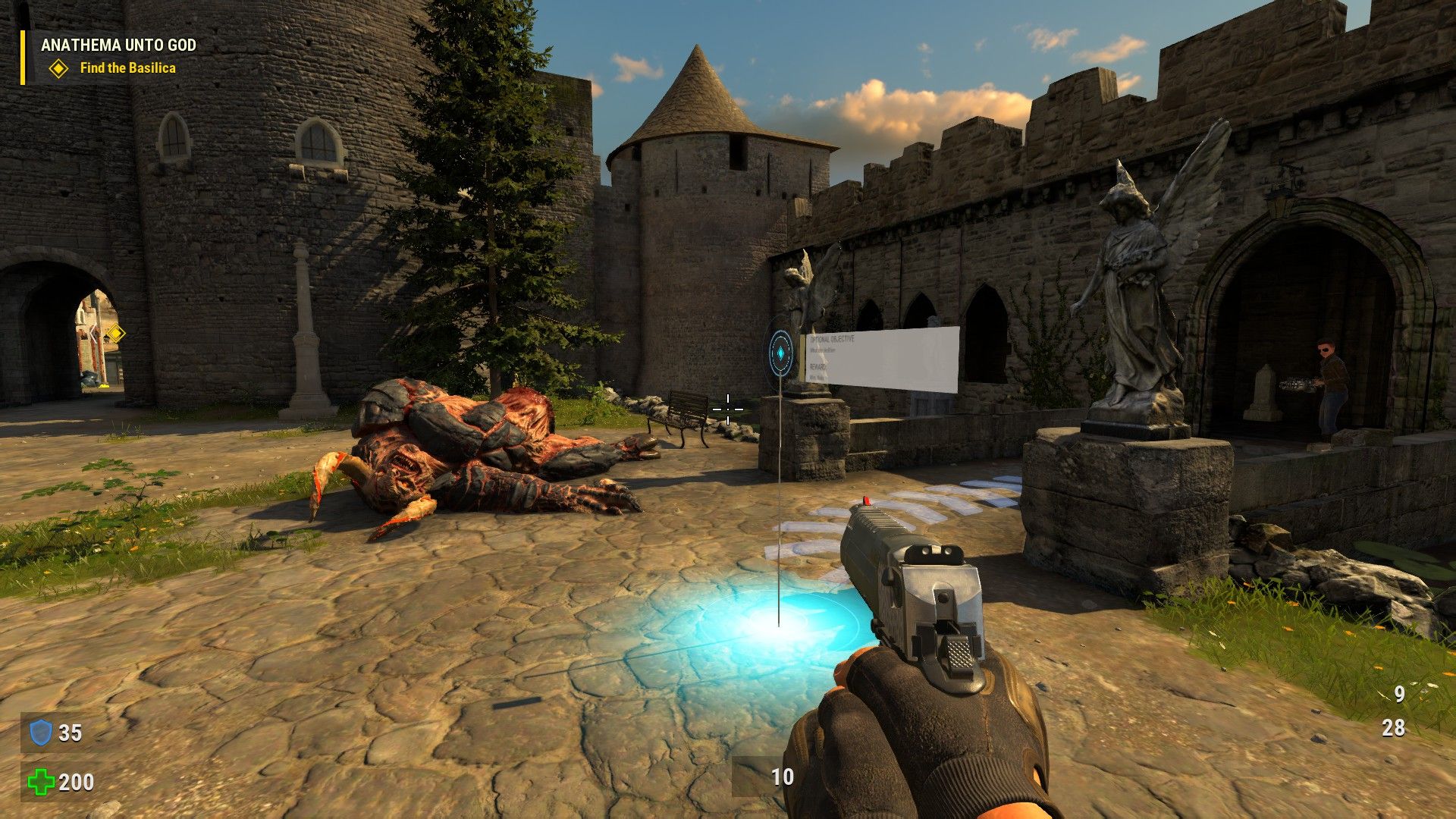 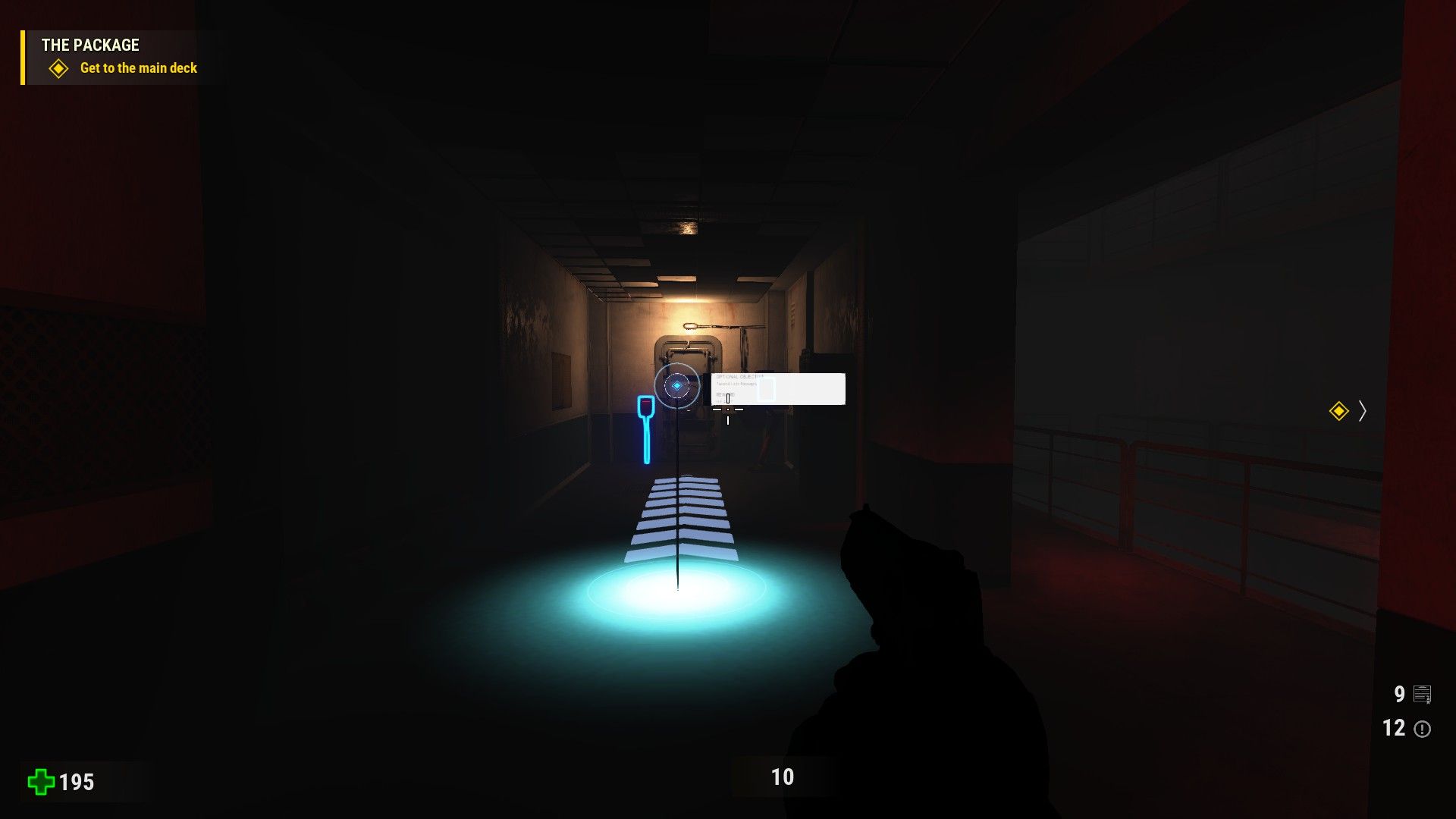 Again, hard to miss this one. It’s just after going back inside the oil rig interior for the second time.
Reward: H.E.A.R.T.

From Earth with Love 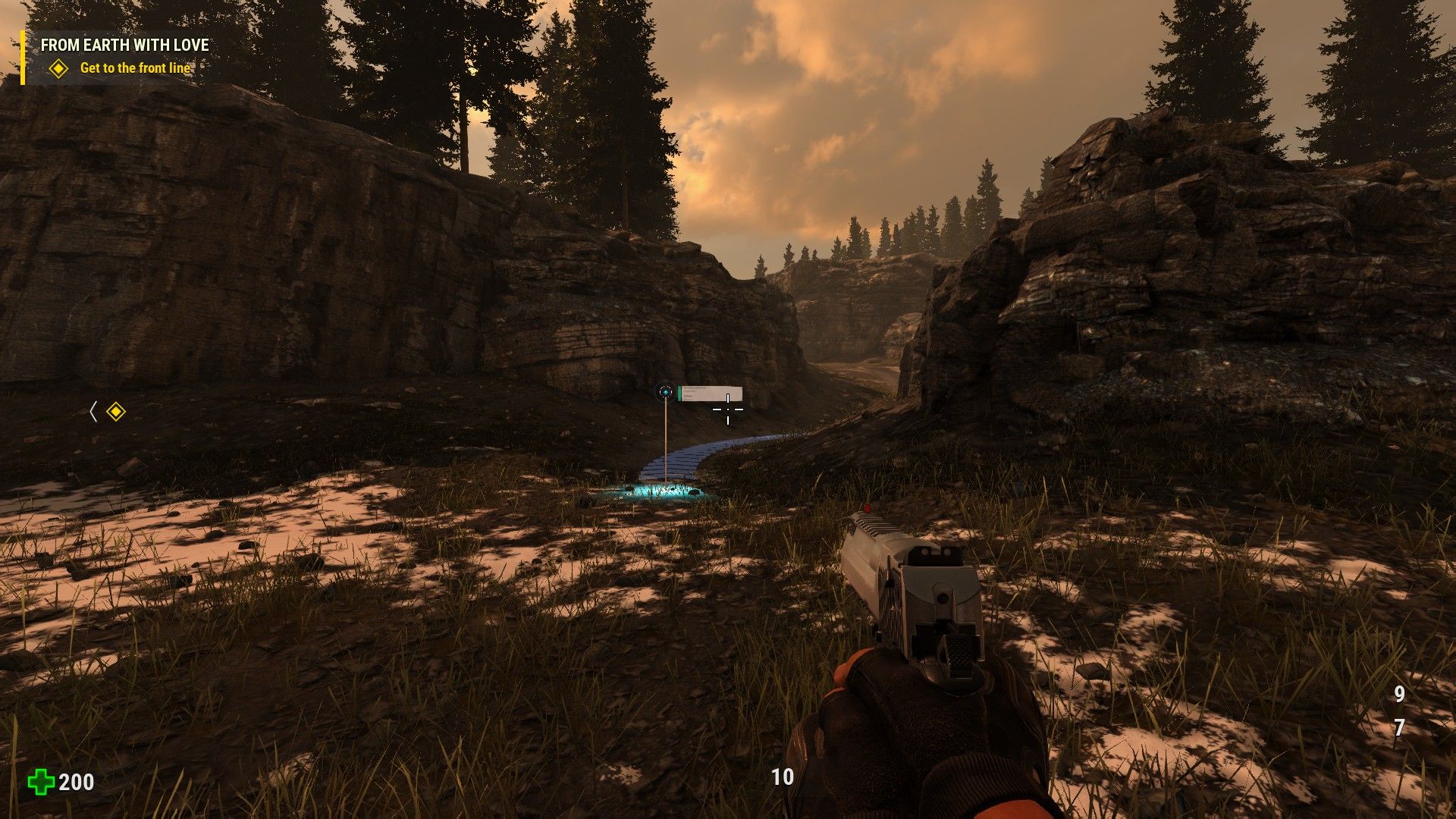 From the starting area, go right and you’ll see a small opening in the cliffs with a side quest marker.
Reward: Rage Serum

Four Horsemen of the Apocalypse

The Die is Cast

A Breakfast in France

One for the Road

From Earth with Love

That is all we are sharing in this Guide for Serious Sam 4. For more of such content, keep posted with us. Thanks for reading and we will see you in the next one!

Loves to keep himself updated with latest gaming and tech related news and a fitness enthusiast as well.