The Wrath Of The Druids DLC has an insane new spear that takes care of everything especially the stun bars of enemies like they are gone in no time. It feels a bit like cheating when rocking this weapon since it’s completely overpowered. In this guide, I will share everything you need to know about this weapon and how to obtain it including all locations and the missions you need to complete. Without further delay, let’s take a look…

Now let’s take a closer look at the details of this new weapon. We actually saw this spear in one of the screenshots leaked a while back and it doesn’t disappoint. You will have a thunder-strike rain down on the enemy after a third hit, nuking his stun bar insanely fast. You can have any of the weaker enemies down on their knees after just 2 hits! Then of course you can take him down with a stun attack. 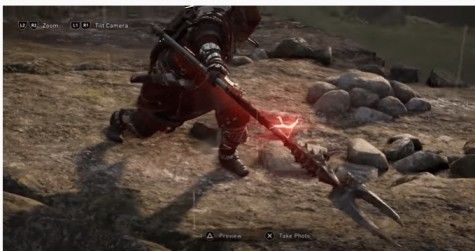 Why It Is Overpowered 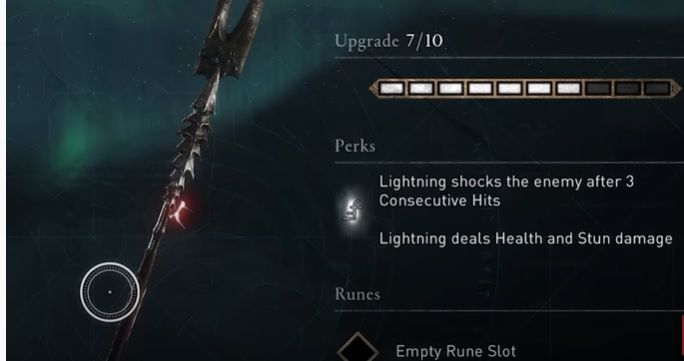 The only downside is that the perk resets if you switch targets. If you suddenly decide to focus on a different target then you will have to build up those 3 hits again for the lightning strike. Even if you are attacking a group, the lightning will appear and take care of all enemies and you will be able to dispose of them really fast! And note that even if you start a new trial and your perk is two-thirds full then the lightning will strike with just one hit! The spear is insanely effective against bosses. The drain gear is also easier in this DLC and with this spear, they go down even faster.

As you all may know by now that the Gae Bolg is linked to Irish mythology.

Its name has been derived from the myth of Cu Chulainn. Made from the bones of a sea monster that died fighting another sea monster. You can totally see that from the design of the spear and in AC Valhalla you can also put the look over other spears wielding them in both hands which is kinda cool!

How To Get Gae Bolg

Now, here’s the important part. How to obtain this new weapon. You get this weapon by completing all the order targets in The Wrath Of The Druids DLC. So you of course need to have the Expansion for this weapon, slay all the children of Danu, collect their shards, and complete the quest. Then you have to return to Deirdre for the Amber Sun mission where you have to slay a brand new mythical creature which I will not share with you now to prevent any spoilers. At the end of the mission, you will get this weapon. 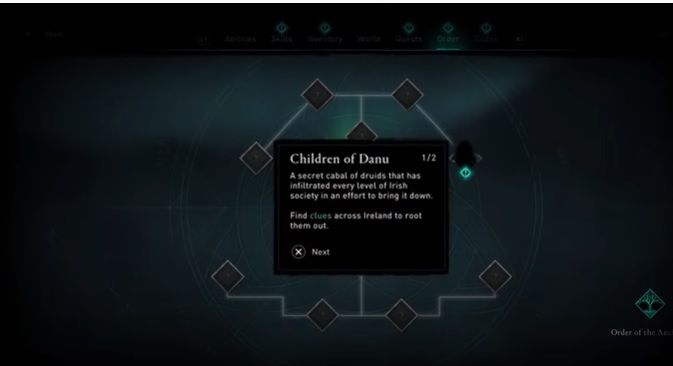 You meet Deirdre pretty early on in the game and will get access to the new order menu where you will find all the children of Danu. There are some targets that you have to take out in the main story mission but most of them are not related to the story at all. The order menu will give you pretty easy directions as to where you can find the clues to eliminate your targets. After completing the main quest you will still have some more children of Danu left who you need to take out to get the spear. I will recommend that you complete the main mission since this contains some of the targets you need to take out anyways, so I highly recommend you do that first.

Now let’s take a look at the targets that you will be left with that you need to slay, and their locations:

The First Druids are part of the main story, so they will already be slain if you have completed the main story first. The Mist is located on Doom Fort on the map. Here is the map location for it. 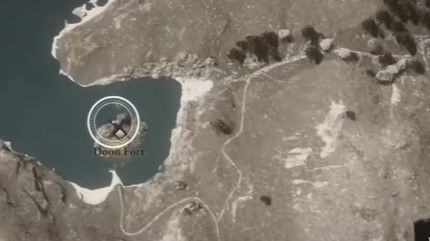 Confirm the slain target and it will be completed for you. You are now done with this part of the hunt.

The whisper is located in Meath on your map. Here is the map location for it: 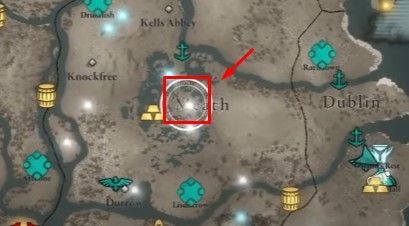 Search for the target in this area, and confirm it after you have taken it out to go over to your next location.

Enter the Kesh Gorann Hideout as shown in the map below: 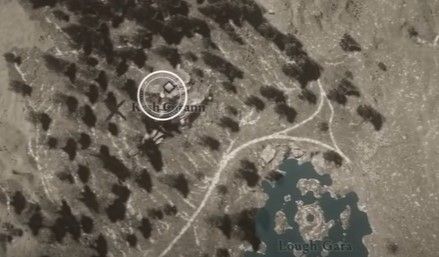 Take out the guard standing near a door. DO NOT enter the door, since the target you seek is to the right side of the door. There would be two boxes you need to break to enter the area where you will find two Druids. Take them out and claim the targets, and you will be done with this part as well.

The Spider is your next target and can be found in Dublin. But first, you need to fetch some clues to the location for The Spider. To do this first win a drinking challenge against the NORSE MAN there. Here is the location for the challenge: 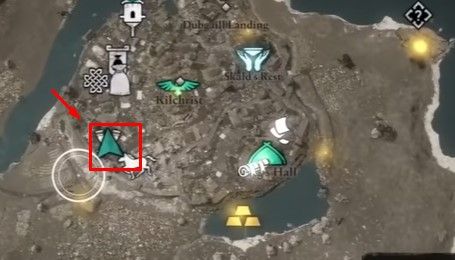 After you win this challenge, you need to head over to the large orange withering tree in Dublin. Check the Eagle’s Eye POV to locate the tree easily. It should look something like this: 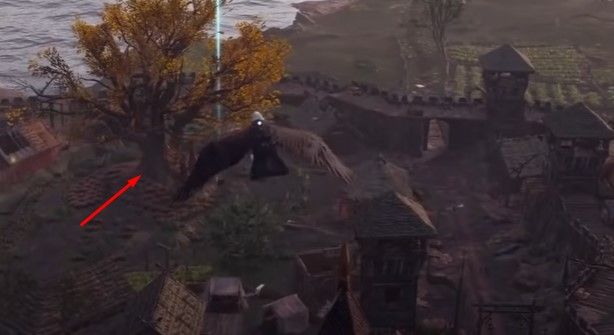 This is the location for the second clue. You should find the clue on a bench there. Once you get it, The Spider will reveal her location. Simply head over there, and assassinate her to be done with this part of the quest.

The final optional target, called The Blaze can be found in Ulster near Bally na Gali. Take out the Wolves who protect the clue there. Go up the stairs. and near a waterfall, you will find this clue, which reveals the location for The Blaze. Here is the map location for the next clue, and The Blaze, which should be found in Clogher. The Clue is located inside a house there: 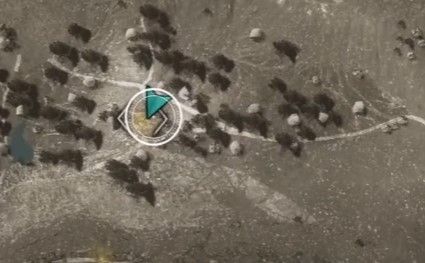 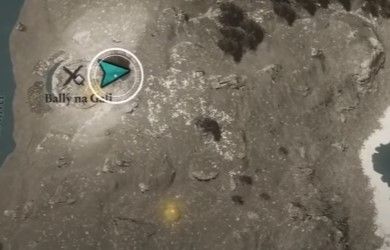 You can take out the target without picking up the clue, but I suggest you do it before taking it out just to be on the safe side.

Go back to Deirdre, and you will need to fight a new Mythical Creature after that. Expect the power level to be high for this one, so bring your best weapons and gear. After taking out this final target, you will get the Spear as a reward. There you go!

I would recommend you complete the main mission first before you go target hunting. You need to take out all the 4 children of Danu by following the clues from the order menu. The exact details of how you can obtain the spear by eliminating all targets are already shared for ease of reference.

Well, I didn’t want to make this guide too cumbersome to prevent boredom. Hence I kept the part about acquiring The Gae Bolg Spear short. If you want a longer descriptive version for this specific part, do let me know via the comments below. Stay tuned for our following guides and leave all your thoughts/queries in the comments. Have a great day and cheers!