There are quite a few differences that make B4B different. You are at the center of a war against the Ridden. Ridden are once-human hosts of a deadly parasite.

These terrifying creatures are bent on devouring what remains of civilization. Your role is to reclaim the world from the grasp of the ridden in this action-packed FPS shooter!

Now If you go on playing the game, you will unlock quite a few achievements. Some of them are secret achievements. This means that you need to find specific spots to acquire certain items to unlock them.

In this post, I will be discussing such locations where you will find Golden Skulls. Upon getting these Golden Skulls, you will unlock certain secret achievements. These are somewhat hidden so read the post carefully to know their location.

All Golden Skull Locations in Back 4 Blood (Secret Achievements) 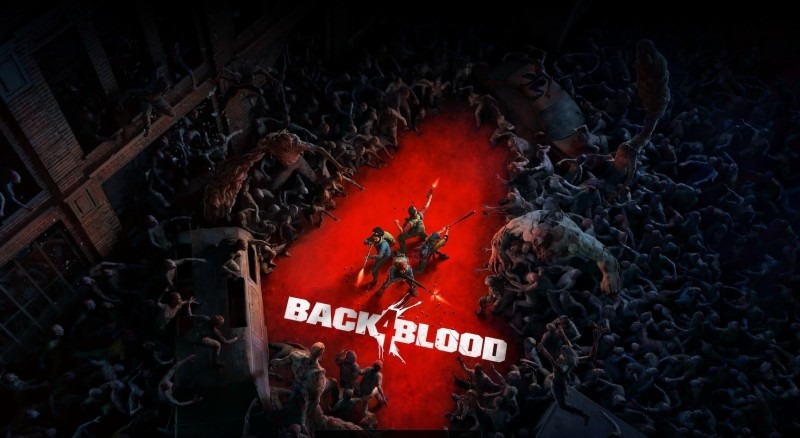 To initiate each act, go to the create run option, and select the said mission to start that. The first Achievement is “Port man Toe?”. First, start a Campaign > Create a Run > head over to Act 1 and select the mission known as “The Crossing”.

Upon arrival, you should see a Fuel Tank. Shoot that and it will explode revealing a path behind it. Follow that path to the Port. After reaching the port, look for a Ferry.

You need to jump down at the location shown above. Then go straight and inside a box, you will find the golden skull. here is the illustrative image of the Golden Skull: 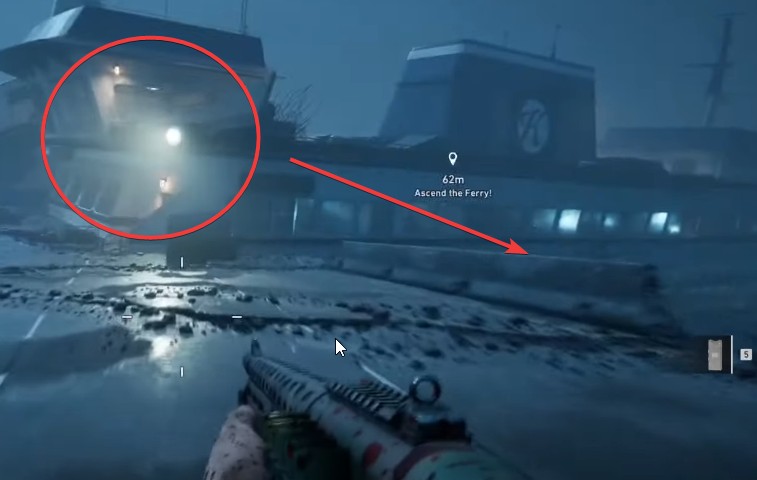 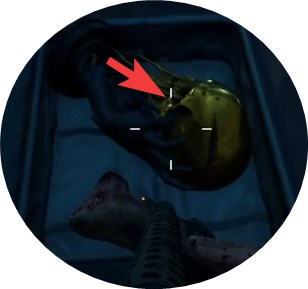 The first thing to do is to Fortify the library to protect it from the Ridden. Next, you need to rescue the remaining survivors. You should keep that on hold. Run past the Burger Shops, and head towards your left to an alleyway.

Go straight until you find a few Cylinders highlighted. you need to shoot them to open a path underground:

Now enter that place and keep going towards your left until you find stairs that go up. Head up the stairs and break the first door you encounter.

After entering locate a desk inside a room. it should not be hard to find since it is sitting in plain sight. Go around the desk and you should find the Golden Skull sitting under the desk:

Under The Dark before the Dawn, select the mission known as SPECIAL DELIVERY. Go outside until you find a white metal gate. Exit that gate and make your way across until you find a door to your left.

Break that door and enter the room. Keep heading forward until you are in the clear again.

Go straight and you should come across a white van. Jump on the top of the van, and do not jump down. Keep jumping from one platform to another. The Golden Skull is located on the Center platform: 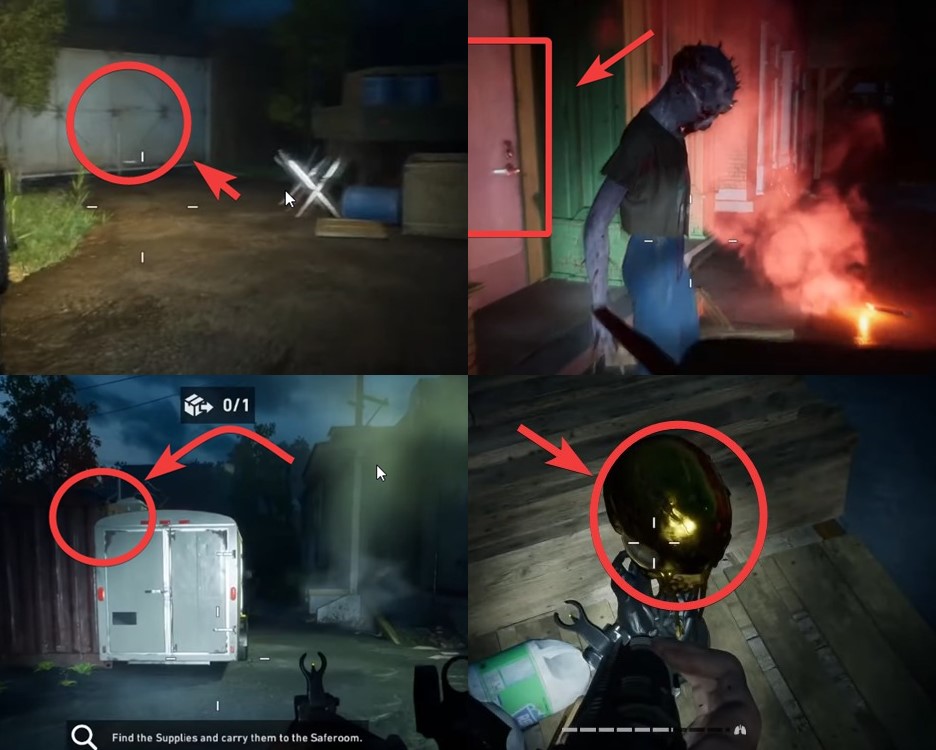 To unlock this achievement you need to find the secret in Blue Dog Hollow. The initial steps are the same. This involves starting a new campaign and going to Act 1.

Under BLUE DOG HOLLOW start the mission called HELL’s BELLS. The main goal here is to get to the church.

At one point you will make your way through dense forest and vegetation. There will be two paths dividing the route. You need to take the path to the left to locate the Golden Skull.

Keep going forward in this path, slaying any Ridden coming your way. At the end of the trail, you will find a wooden door that will not open.

Turn to your left and go up the hill to the left of you. At the top of the hill sits the Golden Skull that you are searching for. Here are the step by step images showing the same:

Start a new campaign for this. Select a new run and under The Armory, select the mission known as A CALL TO ARMS. After slaying a bunch of Ridden in the garage, exit that place at your earliest.

Follow the patch until you end up in the backyard for the garage. There will be a garden there where you will find more Ridden.

Clear them and you should eventually come across a chicken coop, which is basically a wooden cage for chickens. Inside the cage, you should see the golden skull: 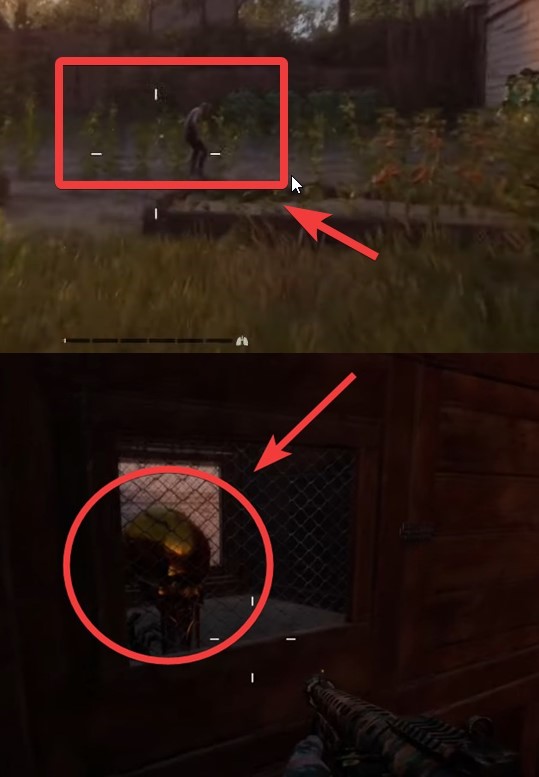 You need to find the Secret in Plan B to unlock the “Dangerous to go Alone” Achievement. Load up a new run in Act 2 and select the mission called HINTERLAND as your starting position.

Load up the map and follow the water body until you reach a waterfall. Drop down from the waterfall and just behind the water is the location for this Golden Skull. It may be dark but the actual spot is easy to find if you look decently: 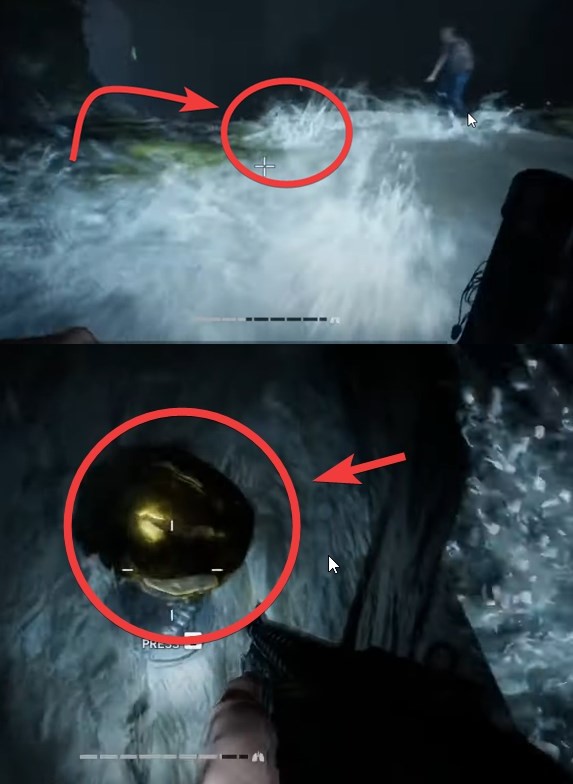 You have to unlock the secret for Job 10:22 to unlock this achievement. Load up the mission known as GRAVE DANGER as your starting point for Act 2.

Keep going forward until you find a giant Iron gate that is already open. Stick to the right of the gate and keep going forward. You need to watch to your right for an opening which is a graveyard of sorts.

Enter that yard and try to stick to your right-hand side. At one point, you should see a fairly big Crypt besides a smaller one. Enter that Crypt and to your left corner, the Golden Skull is lying down! 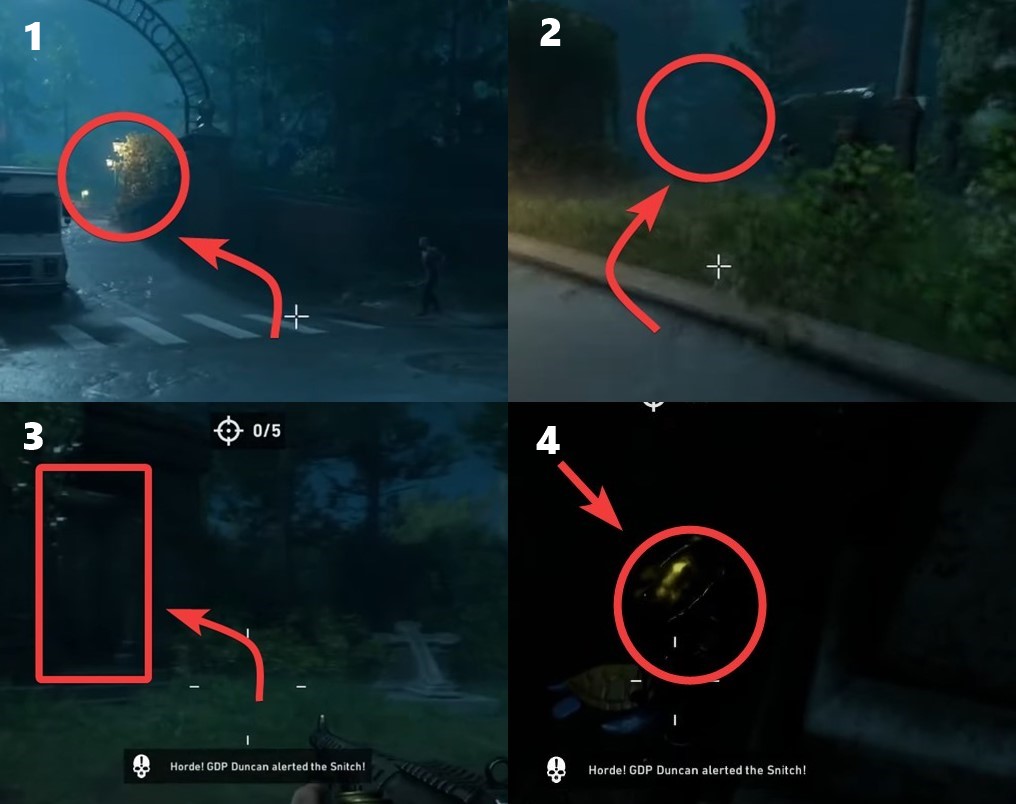 To unlock this achievement, you need to find the secret in Dr. Rodger’s Neighbourhood. What you actually need to do is locate the hidden skull here. First of all, load up the mission called as GARDEN PARTY in Act 3.

After reaching the saferoom Outside the Maze which you need to navigate, head outside the safe house. Go downstairs towards the maze and make the first right.

Then simply go towards the left side of the maze and you should find the Golden Skull sitting on the statue stand:

You need to find the secret in The Remnants to get this achievement. The mission you should select is MAKING THE GRADE under the Remnants section in Act 3.

After you are done fighting the giant Ogre boss, jump out of the window and head straight. You need to make two right-hand turns as shown in the image below.

After the second right-hand turn, look inside the tend and you should find the Golden Skull sitting inside waiting for you to claim:

Your task will be to find the secret in “The Abomination”. This should be the last skull you need to find for this secret achievement to unlock. This is the final boss of the campaign so there is less to explain here.

After beating the boss, look for an opening in the walls. If you are facing the boss, then the location for this cave-like opening should be to your right. Go inside the cave and keep going until you end up in a large opening with a pit with tentacle-like structures sticking out.

Go down the structure and head up towards your right. Jump up once and inside a hole you will find the Golden Skull! 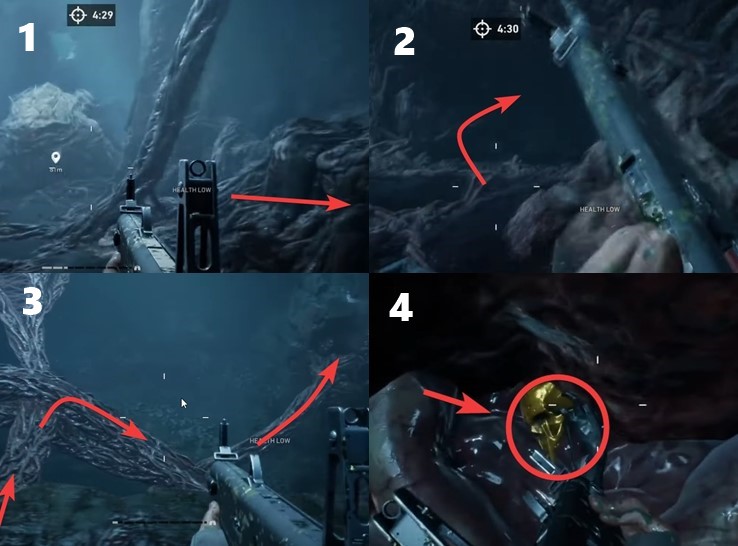 That is all you need to know to get all the secret achievements and golden skulls in Back 4 Blood. Kindly take note that if you do this in solo mode, the achievement progress will not count.

This comes as a popup message so I do not think this can be a bug for the game. If you beg to differ with this let me know in the comments below.

I will be uploading more Back 4 Blood content so be on the lookout for that as well. Thanks for reading!