Without the right set of custom tactics, it will be very difficult for you to win games in the online mode in FIFA 22. You may be a skilled player and have the correct formation and it may even have worked for you in the previous installments of the series. But in this installment of FIFA, it is mandatory to have the optimal settings in order to win games. Check them out from below. 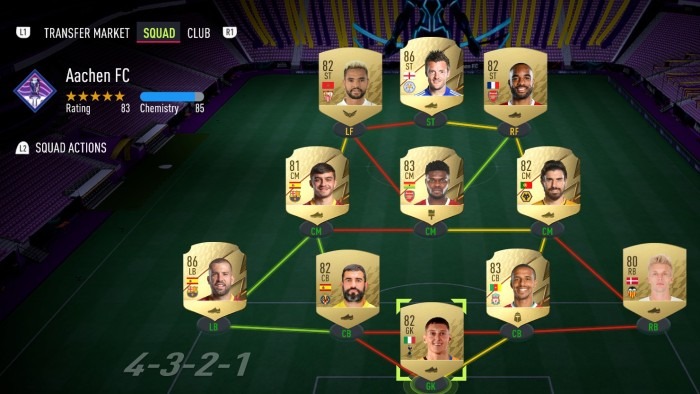 Here I will show you the ideal 4-3-2-1 Pep Guardiola Barca Custom Tactics (Tiki Taka Style False 9). For those who are trying to re-create the famous Pep Guardiola’s tiki-taka style of football, I will show you how you can build the exact same tactics on FIFA 22. Barca was literally an unstoppable force under Pep Guardiola. His tiki-taka triangle formation game has become legendary in the world of football. Absolute flawless passing right through the defenses and scoring goals which were literally a treat to watch. Over the years coaches have tried to re-create the strategy in FIFA games as well but it has never been as effective. But this year, considering how the custom strategies work and how the players would move around, you can actually create the exact same Barca 2011 custom strategy.

I would prefer the Defensive style being Pressure on Heavy Touch since Barca back then would win the ball instantly when they lost it. Pressure on Possession Loss would be very difficult to manage though. Width and Depth would be perfect at 36 and 60 respectively. The offensive style pretty obviously should be Slow Build Up, since we want to take our time, have more options and work the ball around. Chance Creation should be a Possession since I want to create those triangles on the final third of the pitch. These triangles would help me outnumber the defenders. It will always leave you in a 3 v 1 scenario if you can use it properly. The width should not be too high or too low. 55 is just fine. Players in Box should be 3 bars since we do not want to overcrowd the box. If you overcrowd the box then the opponent’s defense will also try to squeeze into the box making it difficult for you to pass around. Hence it will get intercepted more. Corners and Free Kicks are good with 2 bars each.

What Player Instructions to Use?

Here comes the most important part of the tactics. Yes, the player instruction will make the most difference here. Both CBS on Stay Back While Attacking. LB and RB on Balanced. Yes, we are going an all-out attack on this one. We need more support and the full-backs will be key in creating chances. CM should be on Drop Between Defenders and Cover Center. This will just give you some defensive stability. LCM should be on getting Forward and Get Into the Box for Cross. RCM should be on Balanced only. Make sure you have Cover Wings on both. LF and RF should be on False 9 and Drift Wide. ST should be on Central only.

How to Play with these tactics?

Firstly, let’s understand how these tactics work. The reason why I have Drift Wide and False 9 on the LF and RF is very simple. You have the full-backs trying to overlap. They would not be overlapping often if you just have the LF and RF on Drift Wide since the position will be occupied. Thus they will create chaos and confusion when the players try to get to positions since we have assigned the same positioning for both. But if you have the False 9 instruction on the LF and RF they would come short of support to the guy with the ball while the full-backs overlap. And when the full-backs do not overlap they would try to drift wider giving you a little more width since we do not want a very narrow setup.

This would actually create the triangles in-game. The moment the LF or RF comes short as a False 9 the Full backs move forward and the Striker stays Central. So you already have a triangle between your full-back, LF/RF, and the Striker. This is how you get several triangles throughout the game. You need to keep passing and moving. Try to use more of the Trigger Run and Pass technique. It works wonders for this formation. But you have to keep in mind this formation is not for Long Balls and Lobs. This is not a meta formation so you would have to work a bit to get results. But it is so much more satisfying when you succeed.

Five at the back sounds pretty defensive, doesn’t it? The FIFA community frowns upon users who play 5 at the back. If you do then probably “you cannot defend” is the tag line that comes with it. Well, let me tell you one thing. It is a formation in the game. FIFA is allowing it and we are here to use it. Trust me this formation is not at all defensive. It is one of the most attacking formations in the game at the moment. The overlapping runs from the wing-backs will literally get you tons of goals.

The 5-2-1-2 is pretty similar to the 4-1-2-1-2 formation. It is just that instead of the CDM we have an extra CB in the game. This is how you need to set up your tactics for the 5-2-1-2. Defensive Style should be Press After Possession Loss. Defenders this year go nuts under pressure. They cannot clear properly and they make a lot of mistakes. Therefore we need to keep the pressure up all the time to force the mistakes of the defenders. The width will work fine at 50 and Depth is good at 58. Offensive Style should be Fast Build-Up. We need players to quickly move up the pitch. Chance Creation should be Direct Passing. This ensures that the players will run into space whenever they find any. The width is fine at 40. Players in Box should be 7 bars. Like I said we need to put pressure on the opponent. Corners and Free Kicks should be 2 bars each.

Which Player Instructions to use?

The wing backs will be your key. Look out for those overlapping runs and launch a Lobbed Through Ball right at them. They will have enough space to literally run into the box and do a cut-back pass. Make sure you have players with as good speed as the wing-backs. They will run out of stamina by the 65th minute so make sure you have good enough wing-backs to substitute them with. Try to play the ball more in space than in congested areas. Wait for the CM to make that forward run into the box and lob the ball to him. Lobbed passing is too overpowered this year make full use of it in this formation.

These tactics helped me a lot to be honest. If you also find these tactics useful please let us know in the comment section below. Enjoy the game.