After reading this guide you will be able to farm Zenny and EXP in the fastest manner right from the early game. Monster Hunter Stories 2: Wings Of Ruin packs a lot of exciting adventures and offers a ton of interesting unlockables. For each item, you purchase you will need to have sufficient Zenny. The more Zenny you have, the more items you can buy and right from the early game. This guide will show you how. Have a look.

How To Farm Zenny And Exp Fast In Early Game

In the early game, you should be focusing on the sub-quests. Some of the sub-quests like the Rider Quest can be completed only once. But there are plenty of sub-quests that can be repeated. If you are looking for something specific, try the Roly-Poly Problems. This quest offers 1200 Zenny. So you can just go in, complete it and get back out ending up with a pocketful of cash. The entire process, including the cutscene, should not take more than 1 minute 40 seconds. Then you can rinse and repeat this process until you have accumulated a huge pile of Zenny. If the figures serve me right then you can end up with close to 36000 Zenny in an hour’s time which is quite a lot! 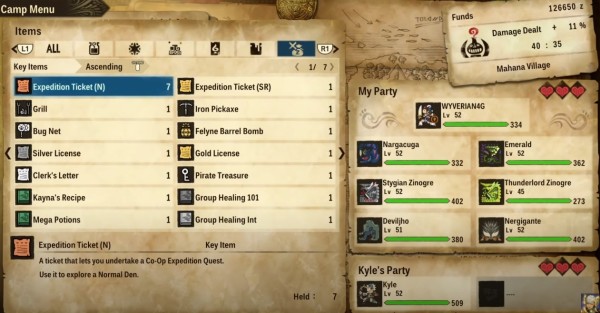 The quest itself is quite simple. You just open the quest and mount your monstie and just go straight out of Hakolo village. Run to your left and you will find your first stack of Konchu. 9 times out of 10 this will be 3 Konchu. I have encountered only a very few occasions when it is 2. When you reach a higher level in the game and your team is sufficiently leveled up, you can even auto-complete a fight when there is no chance of losing. This time around go towards your right. Run towards the waterfall and you will find a sort of mini-island where you will get your next stack of Konchu. Just press ZL + ZR to auto-complete the fight. After you have collected all the 6 Konchu go back to Mahana village and you can exchange it over there for 1200 Zenny.

Now if you want to do something less repetitive, you can also do the World On State quest. You can collect the stones from this quest by killing the monster but this process is a bit more time-consuming. You also might end up with iron ore instead of stones which equates to lesser Zenny. There are also a large number of other quests which you can complete for Zenny but the fastest shortcut is still the first one. 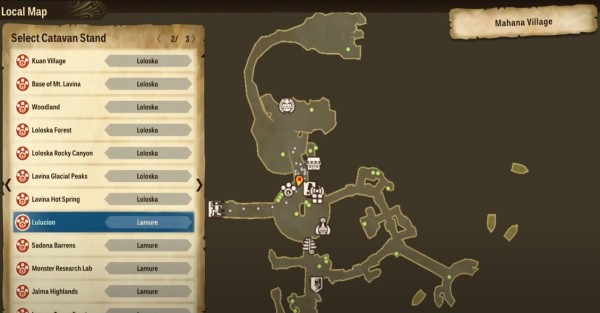 Another option I would like to speak about here is the Arena Quest. Arena quests are a great source of currency and Exp. They are very easy to do as well and sometimes can be completed in 1 turn. Even though you get only 200 Zenny for completing the quest, you also get meat and a gold fragment which you can sell for 500 Zenny and 1000 Zenny respectively. Completing the arena quests unlocks other sub-quests for you which in turn can be used to farm Zenny and Exp. Arena quests are a good source of money all throughout the game and you can also level up the monsties quickly by having them in your team.

Gold fragments are a great source of money too. Their exchange value is 1000 Zenny. You can not only get them by completing quests but also by offering charms in the Prayer Pot. In essence, they can also be mined. You may want to save up on these fragments and exchange them for considerable sums of cash later.

Contents hide
1 How To Farm Zenny And Exp Fast In Early Game
1.1 Side Quests
1.2 How To Complete
1.3 Other Quests
1.4 Arena Quests
1.5 Gold Fragments
1.6 RELATED POSTS

That pretty much sums up our guide here. If you are enjoying playing this game, let us know. You can also leave your comments with your valuable feedback. We will get in touch with you. Thanking you for reading our guide on Monster Hunter Stories 2. You can check out our other guides on this game right here. We will be back with more guides only for you. Till then take care and have fun!