In this comprehensive guide on OMORI, we will take a look at how you can Fight or Beat Aubrey Without a Knife. This walkthrough features a slightly different dialogue route in order to achieve this. The knife will still get taken away from you, but it will enable you to beat her without it! Let’s take a look…

How To Fight and Beat Aubrey Without Knife in OMORI 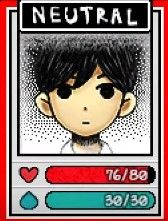 The Above action will end in a dialogue saying that Reysa’s Party was victorious! and that is how you can, and will defeat Aubrey without using a Knife. The final exchange of dialogues will be between Kim and Aubrey. Kim will ask her why she backed away, to which Aubrey will answer ” RYESA… He has a STEAK KNIFE…”. Finally after tasting defeat they will retreat and leave Ryesa and his party alone.

Kel will confront you, however about having the STEAK KNIFE on you, and it will be taken away. But your objective of winning the fight with Aubrey will be accomplished without it anyways.

That is all We are sharing in this guide for OMORI. For more posts for this game, check out out other guides also. Thanks for reading and I will see you soon with a new one. Till then, Adios!