Chivalry 2 is a multiplayer first-person slasher inspired by epic medieval battles. Players go through a variety of combat modes. They range from clashing swords to flaming arrows, to sprawling castle sieges and more. In this guide, I will be showing the best PC graphics Settings for the game. Since this is a multiplayer, performance is key for those clutch battles, and every frame will matter. Make sure you cross-check with my system specs to get a better idea. I will also recommend that you meet the minimum specs for the game to be on the safe side. 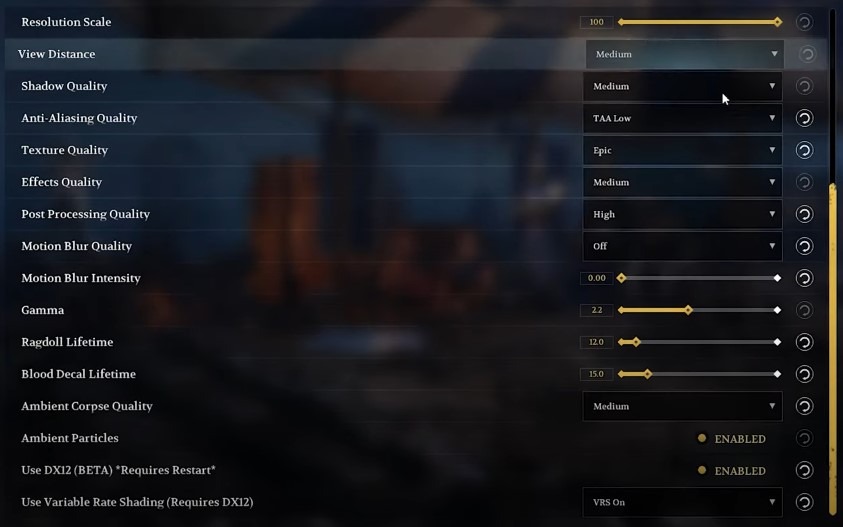 My System Specs Used To Test

I tested the game on DirectX 12 since I found that to be more stable than the D3D11 one. The goal was to get above 60FPS at 1080p as I mentioned earlier. It was successfully done and I had no issues maintaining that. In graphically intense scenarios it went all the way down to 45FPS but that was for some seconds only. For most parts, it averaged around 74FPS.

If you happen to own an older version of the CPU, I will recommend you dial down some of the settings to Low and the High ones to medium. You may also want to bring down the FOV to be on the safer side. The game is quite optimized for most parts, so as long as you meet the minimum specs, you should not have trouble running it. Since it is multiplayer, you should ideally go for medium settings. This is up to personal preference.

That would be all from this guide on the best settings for Chivalry 2. Let me know how you are enjoying the game post-release. Thanks for reading and stay posted for more of such content!