Generals act as the Monarch’s leaders in the mobile game Evony: The King’s Return. They lead armies in marches, gather resources, attack monsters, bosses, and also can be used in PvP battles. Generals can be used to fortify the city’s defenses and they also act as Mayors of Subordinate Cities. They are recruited from the Tavern. Once the subordinate city is taken over by a Monarch, Defense generals of NPC Subordinate cities will also be recruited. This guide will give you complete information on Generals in this game. Read the full guide to have a clear picture. In this post, You will get to know the following topics:

Complete Guide On Generals In Evony: The King’s Return 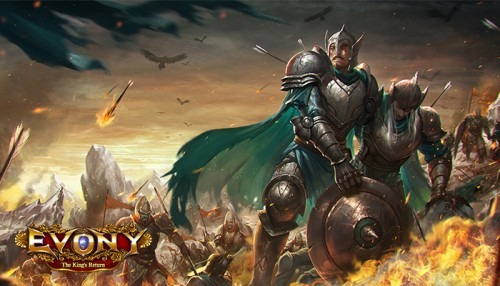 You can determine the quality of a general by the color of their card. Currently, they stand as Gold (Epic), Purple (Legendary), Blue (Rare), Green (Uncommon), Grey (Common). A Legendary General will have much higher attributes than a Common General.

A further special classification is a Historic General. Historic Generals are named after real-world historical military leaders from the six Cultures. Some of the characters found in this game are King Arthur (European), Washington (America), Oda Nobunaga (Japan), Jumong (Korea), Empress Wu (China), Catherine II (Russia) just to name a few. There are others like Caesar, Genghis Khan, and Alexander the Great who almost everyone has heard about. Apart from these, there are also two Historical Generals created through the Evony: King’s Return’s Mythos- Raged King and Princess Lucy.

Attributes are traits that impact a General’s tasks. Each General has 4 attributes namely, Leadership, Attack, Defense, and Politics.

You can equip your General with 6 pieces of General Equipment- Weapons, Clothes, Boots, Helmets, Pants, and Rings. The equipment offers different buffs to the General that wears them.

You can also assign different skills that provide buffs to various roles the Generals complete. These buffs impact the General’s effects in sub-cities, and on troops when marching or defending. There is also a skill that will reduce the amount of time it takes for a General to be revived.

You can assign skills through the use of Skill Books. Skill books come in Levels 1, 2, and 3. The buff increases with a higher skill level. The first skill will always be assigned automatically. However, an additional higher skill will always replace an existing skill. Here, a corresponding Level 2/3 skill will always replace its Level 1/2 counterpart, thus preventing stacking the same skill at the three available levels. Likewise, you cannot downgrade an assigned skill from a higher level (Example: Archer Attack Up Level 2, cannot be replaced by Archer Attack Up Level 1).

Historic Generals come with a Unique skill, that provides a bigger buff than the Level 3 Skill book. Some unique skills do not have a corresponding Skill Book. For example, Jester’s Atrophy skill which decreases all opponent’s attack stats is only available if a Player has Jester.

How To Enhance And Cultivate A General

Enhancing your general will gain him a star. It costs gold and medals to upgrade your general. It boosts your basic attributes and also the level booster stats. Once you enhance a general you will notice a green arrow and a number beside his attributes. That number is how much the attribute has been boosted per level. For example Attack = 158 ^ 8.65 means that when you enhance your hero, the base attack stat will gain 8.65 attack points. However, once you further enhance your general the ‘booster’ stat will increase along with the base attribute.

Cultivating a general is one step further to increasing base stats. It costs 6,000 gold or 20 gems to cultivate a general. You can also cultivate 10x for 200 gems, where you have to select which attributes you want to increase. Cultivating a general can have multiple effects by increasing or decreasing the stats by 1 or 2 (very rarely 3). Note that by canceling the changes, you do not get your gems or gold back. The cultivated attributes cannot be higher than the general’s original attributes and stop increasing after reaching the max limit.

That concludes this guide on Generals in Evony: The King’s Return. Hopefully, you liked reading this guide. I will be back with more guides on mobile games soon. Leave your comments with us down below. Find out more cool guides on our Mobile Games section. Take care and have a great day!